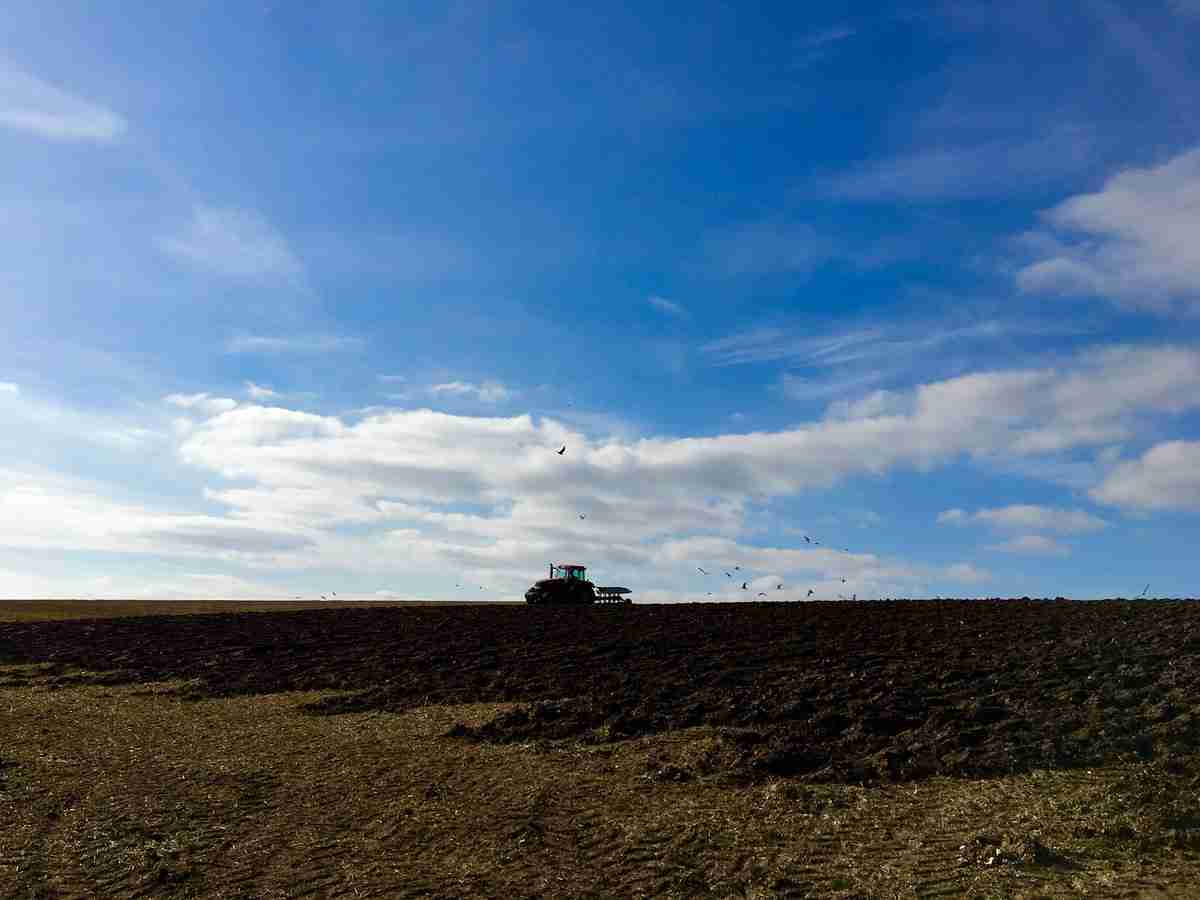 Overgrazing is one of those words I’m hearing more and more as time goes on, and it’s begun to make me cringe every time I hear it.

It’s a popular criticism of livestock farming, but it’s overuse seems to have changed the meaning of the word towards any land management that is less than optimal for wildlife. In recent months I’ve seen ‘overgrazing’ used to refer to everything from severely undergrazed pastures to land that wasn’t grazed at all.

Of course the obvious solution would appear to be to graze fewer and fewer animals on the land. While this may achieve some objectives, such as succession to scrub and then eventually woodland, it doesn’t necessarily help us to conserve a variety of habitats, like the species-rich grasslands of the Yorkshire Ings, in good condition.

In fact, it creates the need for increased human involvement with tractors and pesticides, replacing the animals to create a poor imitation of the grazed landscape that many wild plants, birds and mammals have come to depend upon.

When I say that we need more animals grazing the Ings to better manage the grasslands, it often invokes lengthy justification of why animals are destroying the planet, starting with the notion of ‘overgrazing’.

Usually it is not over-grazing so much as inappropriate-grazing management that cause problems. Focusing on numbers, or stocking-rates, really takes the onus off the management of those animals, making it possible to describe grazing practises in an easy, formulaic, but ultimately counterproductive, way.

Reducing grazing to a simple numbers’ game ignores the many different variables relating to the land, seasons, climate and the animals themselves.

The scientific method is useful in so much as it informs and influences our decisions, but on a day-to-day basis there are many thousands of tiny observations being made regarding the effect grazing animals are having upon the land, vegetation and wildlife that using science in isolation becomes cumbersome and overly focussed on certain aspects, such as numbers of livestock.

Naturally, as a grazier, I would say that though –  it’s in my best interests to keep animals on the land and not have my job outsourced to a central database.

In truth, riding around the Ings in a tractor cab, out of the elements with a ‘machine’ that can be turned off at the end of the day and put away overnight/for winter is actually very appealing. Given the current trends in income from livestock farming there is little financial incentive left in grazing livestock at all, hence the declines seen in recent years.

However, it wasn’t always this way, 160 years ago the Ings were described as;

By contrast, the thin, chalky soils of the nearby Yorkshire Wolds were considered too poor for continuous cropping and sheep were employed to build fertility on an ‘outfield’ pasture for 5 – 7 years before being ploughed to plant a crop under the pre-enclosure open field farming system.

Meanwhile the manure from domestic stock was used to fertilise and farm more intensively on the ‘infield’. Hay meadows in the Wolds were in short supply so some of the excess hay crop of the Ings would have found it’s way to the Wolds for feeding the beast that pulled the ploughs.

Today those fortunes appear to have reversed with vast tracts of the Wolds never seeing livestock but coming under the plough continuously. At the same time the fertile Ings lay under used and under appreciated by many modern farmers. So what’s changed?

Without doubt the most notable change has been the transition from Oxen, via Horses, to Tractors, which had a two-fold effect. Firstly, relying upon animals to till the land, meadows literally powered cultivation. By harvesting energy from the sun, grasslands were essential to turn solar power into traction to pull the plough but the move to tractors released many acres of meadow for other uses.

Ploughing on the Yorkshire Wolds

Secondly, the outfields of the Wolds built fertility with livestock until such time as it was worth going to the effort of planting a crop. Turning over the earth is a high energy ordeal and demands a high-output to justify it.

Lacking the fertility provided by flooding, these were the original marginal lands but with the advent of synthetic fertilisers Wold farmers could regularly and predictably make it worth cropping the chalky hills.

These two factors seriously reduced the amount of grazing land required and increased the croppable area too. The transition of the Wolds largely from pasture to cultivation also had a devastating affect upon it’s wildlife. Birds and mammals that had previously enjoyed up to six years of undisturbed pasture found themselves competing with crops on an annual basis.

The common thread running through this agricultural revolution was oil.

The discovery of fossil fuels had kick-started an increase in demand for food with industrial towns growing on the back of coal, but fossil fuels were slow to power similar increases in the supply of food. It wasn’t until we worked out how to use oil and natural gas that we could power the advance of agriculture to become (almost) completely non-dependent upon livestock.

This was achieved after German chemists Fritz Haber and Carl Bosch developed the high-energy Haber-Bosch Process in the early 20th century to ‘fix’ nitrogen from the air into a form usable  – fertiliser.

While this replaced animal manures and legumes as a source of fertility the development of the internal combustion engine and mass production of tractors by both Henry Ford and Harry Ferguson paved the way for the modern farming as we know it today.

Together these two innovations, along with a multitude of others, have speeded up the pace of agriculture, allowing us to ‘borrow’ fertility from the past, via the carbon stores locked up millions of year ago in oil and gas to increase output over a short space of time.

This has mirrored the decline of both grazing and wildlife in the UK, as each has lost their value in a world that grows too fast.

The Yorkshire Ings – flooded with fertility

The irony of the notion that we overgraze in a bid to produce more food is that it results in the exact opposite. A heavily grazed pasture lacks the means for a productive crop – even if you do fertilise it, it lacks the leaf area to harvest the sun’s energy and the organic matter to preserve precious water.

Under-grazing is no more productive either, as the pasture reaches a point where the taller, un-trodden grasses shade out any chances of fresh, new growth.

Many people say that we can’t possibly ‘feed the world’ with meat from grazing animals, but right now I’m just trying to feed my family and preserve some of the last and best remaining floodplain meadow habitat in the country.

Grazing more cows on these grasslands isn’t competing for prime farmland so it can only help to feed the world if more of us eat grassfed beef from the Ings. It also feeds a wealth of wildflowers and birds too, which look (and sound) pretty awesome to me!