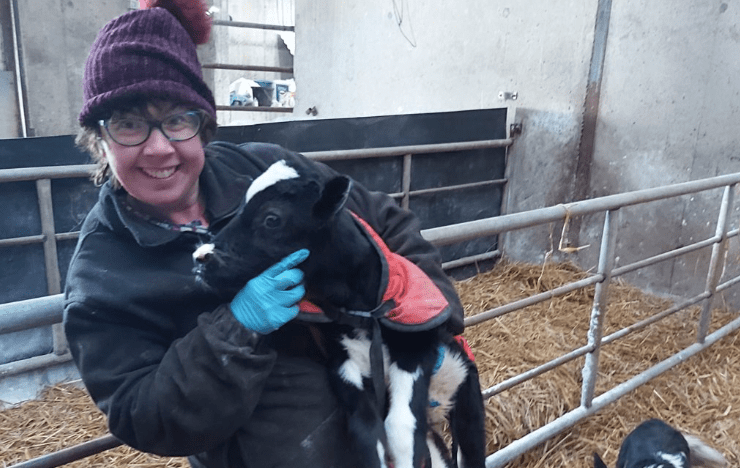 There I was, wearing a shapeless milking gown with (I discovered later) a splash of cow muck across my face – not exactly looking my most sophisticated or glamorous – when Brian called me to get my thoughts regarding our internet connection.

The ESB internet guy who was there, said to me; “there’s not many women doing what you do”. I looked at him, totally confused.

“Doing what?”, I replied. He flung his arm back to indicate the milking parlour. “This – milking, farming, out with cows.”

I laughed. “There are lots of women farming and milking cows.”

He shook his head. “No, lots of them don’t even know where the milking parlour is.”

“But there are lots of women farming, many on their own. Plus, I think that’s a bit of an exaggeration.”

He was adamant though. “I’m telling you, women nowadays don’t want to farm, don’t want to get dirty. Don’t even know where the yard is, some of them.”

I wasn’t going to bother trying to win this argument. Sometimes you know when people are so fixed on an opinion, there’s no point trying to change it. All I could do was be one woman he had met who was as “happy as a pig in shit” to be splattered with cow muck on a regular basis.

Later, as I was crossing the yard from the parlour he called to me; “do you drive that?” and gestured to the tractor.

“Nah”, I replied “I find it hard to drive in straight lines.” He looked confused for a moment and then grinned, realising I was joking.

We had a burglary on the yard early last summer and the police were helpful. They sent out one of their team to advise us on what security measures to install (and probably, just as important, what not to spend money on) to prevent further break-ins.

As I was showing the male officer around, he asked in a genuinely puzzled tone if there were many women dairy farmers, since he hadn’t come across any others.

Those conversations did make me think.

I remember hearing a woman from Tipperary say that she had never encountered sexism in farming and I really wondered if she was able to recognise what sexism was, because it is blatant.

Yes, I’ve been accustomed to salespeople asking for the ‘boss man’ or directly for Brian, but we’d weeded most of them out or scared them away, so it’s a rare occurrence now –but subtle sexism still occurs.

Another ESB man, probably in his 50s, came down to the parlour one morning looking for Brian. I was washing the clusters, Brian had gone to put the cows out. He couldn’t remember Brian’s name and while he was trying not to use the words “boss man”, he ended up saying; “I don’t want to say the boss man but I’m looking for him and I can’t remember his name.”

I didn’t give him a hard time, just laughed and told him it would be about ten minutes. There was no point in me offering my help as there’s nothing as bad as Chinese whispers or two people dealing with builders etc, as it can just lead to communication breakdowns. I had enough to be doing without doubling up on a job.

But while this man was conscious that he didn’t want to be sexist, he almost couldn’t help himself, which was funny in a way. At least he was aware.

For a couple of years now, I’ve been thinking there has been more acceptance and acknowledgement of the work done by female farmers; and that more young women are inheriting or leasing farms.

The farming papers have vastly increased their coverage of women farmers, even so much that my dad said to me one day when handing me the Farming Independent; “there’s a woman on the front of it nearly every week now”.

The ICA tent at last year’s Ploughing Championships had a wonderful photographic exhibition of various female farmers of all ages and Claire Fox, journalist with the Farming Indo, subsequently did a lovely double page spread on it.

A Welsh photographer has done great work photographing women farming too, “warts and all”. The Farming Women section of Billie Charity’s website just exudes colour, style and energy that is almost infectious. 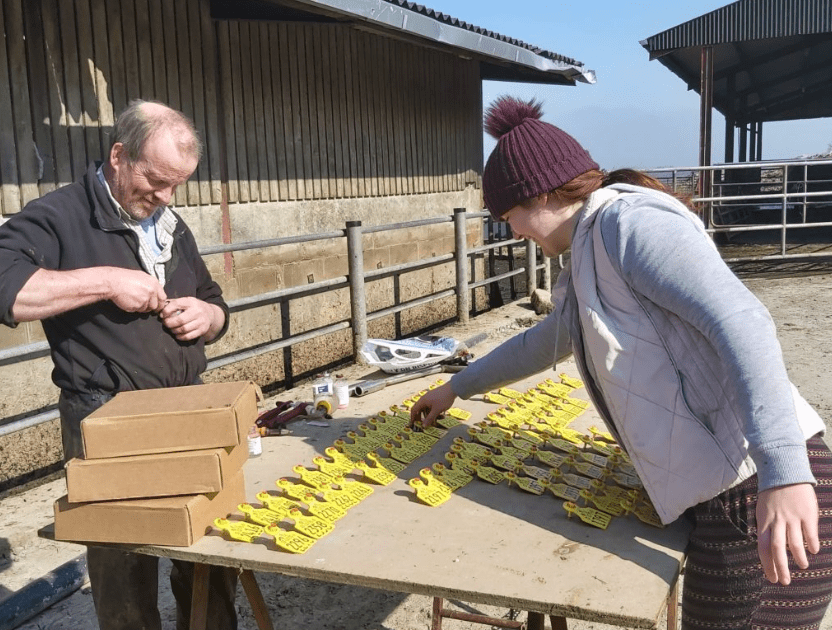 I follow lots of women farmers on Instagram. Some are farming with husbands, some with parents, some on their own.

I see young women farmers receiving products to try out and post about, so the farming companies are seeing them as influencers – they recognise that many women make the decisions about what to buy, especially when it comes to calf rearing, safety and time-saving.

Yet, are we farmers in little farming bubbles? We think we are visible yet non-farmers don’t seem to realise that women are actively farming. Especially women dairy farmers.

Maybe women are seen to be more suited to sheep farming? I really don’t know. But those two men had jobs where they came into contact with the general public and would be on farms on occasion, yet they seemed surprised to meet me out actively farming.

Listening to RTE Drivetime one evening, two people were being interviewed about the future of farming, to predict where farming might be, especially regarding technology in ten years time, twenty years time etc.

All three were doing their best to refer to farmers as both she and he, him and her, wearing shirts / blouses. It almost made me laugh (and I appreciated it too) because they were working so hard at gender equality.

In general, I think RTE is doing a great job at profiling women farmers. Dairy farmer Gill O’Sullivan was the host farmer of an annual week-long farming programme two years ago; Paula Hynes was on The Hardest Harvest and spent three weeks in Kenya. If there is a female farmer at a farming event, they will include her in the interviews and do their best to maintain a gender balance.

I’m conscious I keep writing ‘female farmer’ and ‘women farmers’ throughout this which seems so artificial. No one is going to write ‘female teacher’ or ‘female pilot’.

The good news is that a lot of progress has been made in recent years but we need to keep raising the profile so the general public, as well as farmers, recognise that women are just as capable of driving machinery, milking cows, lambing sheep, measuring grass etc as men. And that they do an enormous amount of this work on farm already.

It would be nice to describe all farmers as just that, without having to make the point that some are female. We can’t rest on our laurels, and still have to keep putting ourselves out there. 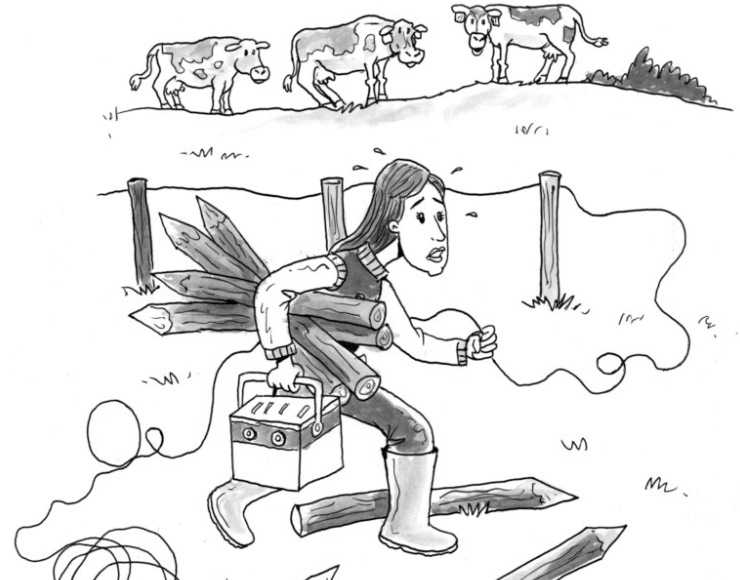 Lorna Sixsmith is a dairy and beef farmer in the SE of Ireland, a writer of humourous farming books, and a mum to two teenagers.