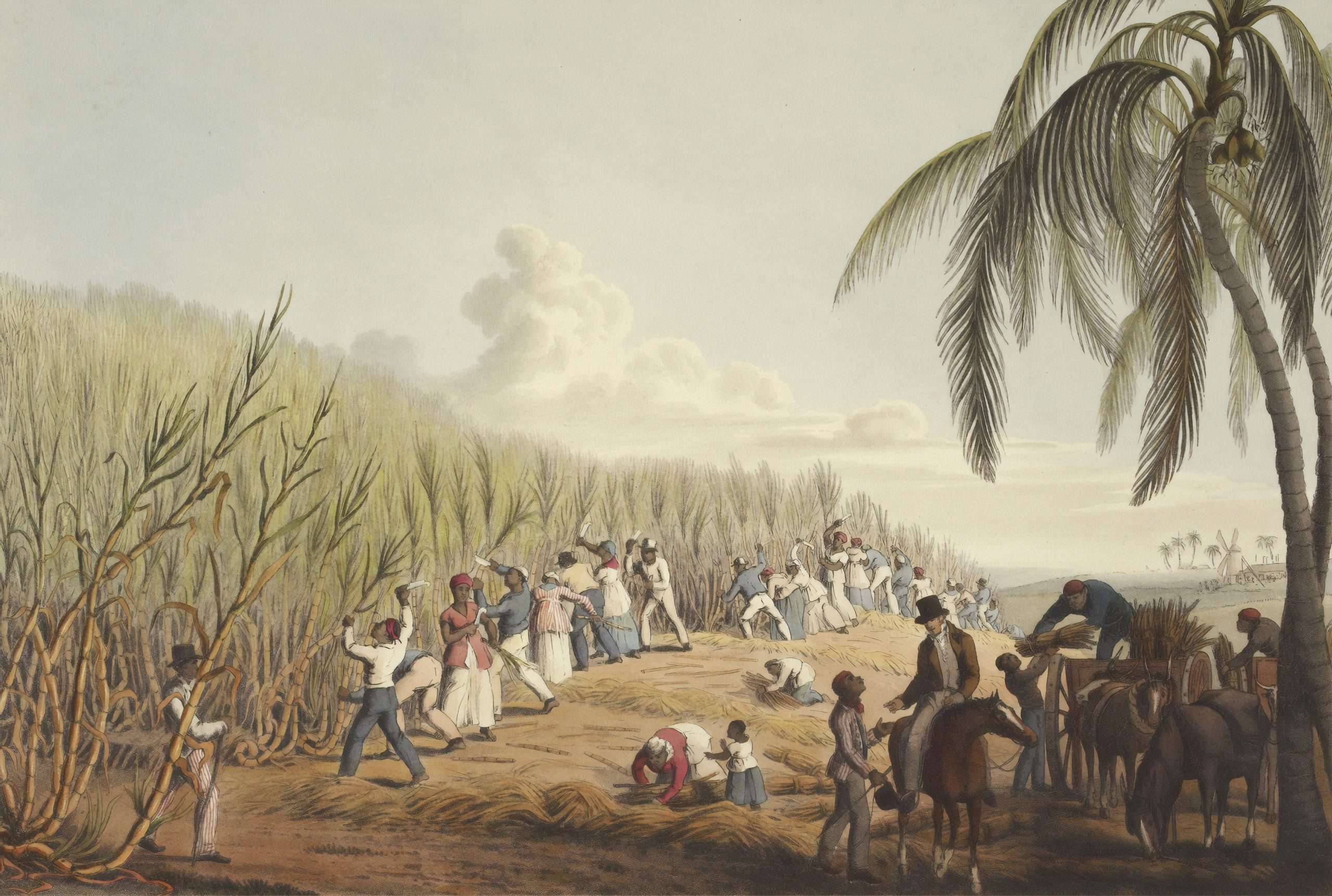 British farmer, Tom Clarke, explains the murky links and corporate interests between sugarcane manufacturing, Brexit, the Conservative Party, and the history of slavery.

Tom sits on the National Farmers Union of England and Wales’ sugar board. His Twitter thread on sugar has had several thousand retweets and likes, and sparked a discussion with hundreds of messages.

The British Empire was built on tobacco, sugar and cotton. Tropical crops that were popular & couldn’t (then) be homegrown.
Working on plantations was punishingly hot, hard and dangerous and quickly became the work of indentured, then slave, labour /2 pic.twitter.com/zgRnexPL2s

Britain’s first recorded consumer boycott was launched around the start of the 19th century by the catchily-named Anti-Saccharites who campaigned against cane sugar because of the unethical and cruel use of slave labour. Some grocers reported sales falling by half. /4 pic.twitter.com/2ov6HyrPzT

But the UK was attached to it’s Empire and sugarcane kept the colonies ticking over, so homegrown beet sugar only got to supply about half the UK market. In 1972 we joined the EC and new laws capped homegrown sugar production at 1m tons, guaranteeing market access to imports /8

More widely, a 2017 poll said 60% of Brits didn’t know we grew sugar in this country.
Despite Silver Spoon sugar being the best selling brand since 1978.
Homegrown sugar is sustainable, ethical and efficient – we can now grow more sugar per acre in Norfolk than in Brasil. /10 pic.twitter.com/c56Inzs07x

So, a few days ago, the Govt announced it’s tariff policy for Jan 1st. The ONLY agricultural allocation of tariff free quota in the whole schedule is for… cane sugar. “A straightforward subsidy to Tate & Lyle” says Chair of the ACP/LDC sugar group /14https://t.co/94lhXWYbdU

So there we have it.
Sugar was always going to be a litmus test for this government. ‘Taking back control’ & flying the 🇬🇧 vs. ‘free trade’ & cheap food at any cost. That cost is lower environmental standards, legacies of slavery & echoes of empire. https://t.co/qI2sApNjeq

Tom is a fourth generation Fenland farmer in Cambridgeshire, England. He farms 1,000 acres, growing milling wheat, sugar beet, potatoes and other crops such as linseed.

He says; “Our farms have more than 15% of their area dedicated to improving nature, and are very pleased to have a number of Red Status bird species thriving on the farm, including: Skylarks, Grey Partridge, Corn Buntings, Linnets, Yellow Wagtails and Cuckoos.”

Find out more about Tom.