We are the bread system. If you eat bread – or any grains – you are part of it. So what can we do to usher in the new grains movement to build joy, nutrition and resilience in all of our communities?

In this final episode, we explore what a more efficient, nutritious, regenerative and joyful bread system might look like. We hear some of the ways people are coming together and building networks to strengthen the movement in the UK and further afield.

It’s clear that in this beautifully complex, entangled system, even just a conversation can spark much wider change. This is a story of hope and a blueprint that has the potential to cause reverberations far beyond bread. It turns out that bread is political – and you, too, can take a stand for the world you want to live in.

This might be our final episode of Cereal, but it isn’t the end – it’s just the beginning! Join the new grains movement. Talk to your local bakers, seek out local millers, thank your farmers, be open-minded, be curious.

A huge thank you to everyone who’s contributed to Cereal. As well as the voices you hear in this episode, many more conversations have helped to shape the series.

This series was made possible thanks to the generosity of the Roddick Foundation. Please listen, share, review and subscribe, and support the farmers instigating change. All six episodes can be found on Soundcloud and all podcasting platforms. And if you’d like to support Farmerama, visit patreon.com/farmerama.

Cereal is produced and edited by Katie Revell, with support from Abby Rose and Jo Barratt. Suzie MacCarthy and Hanna Söderlund also worked on the series. Our theme music is by Owen Barratt. 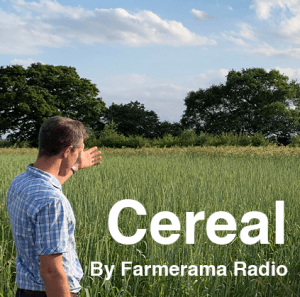