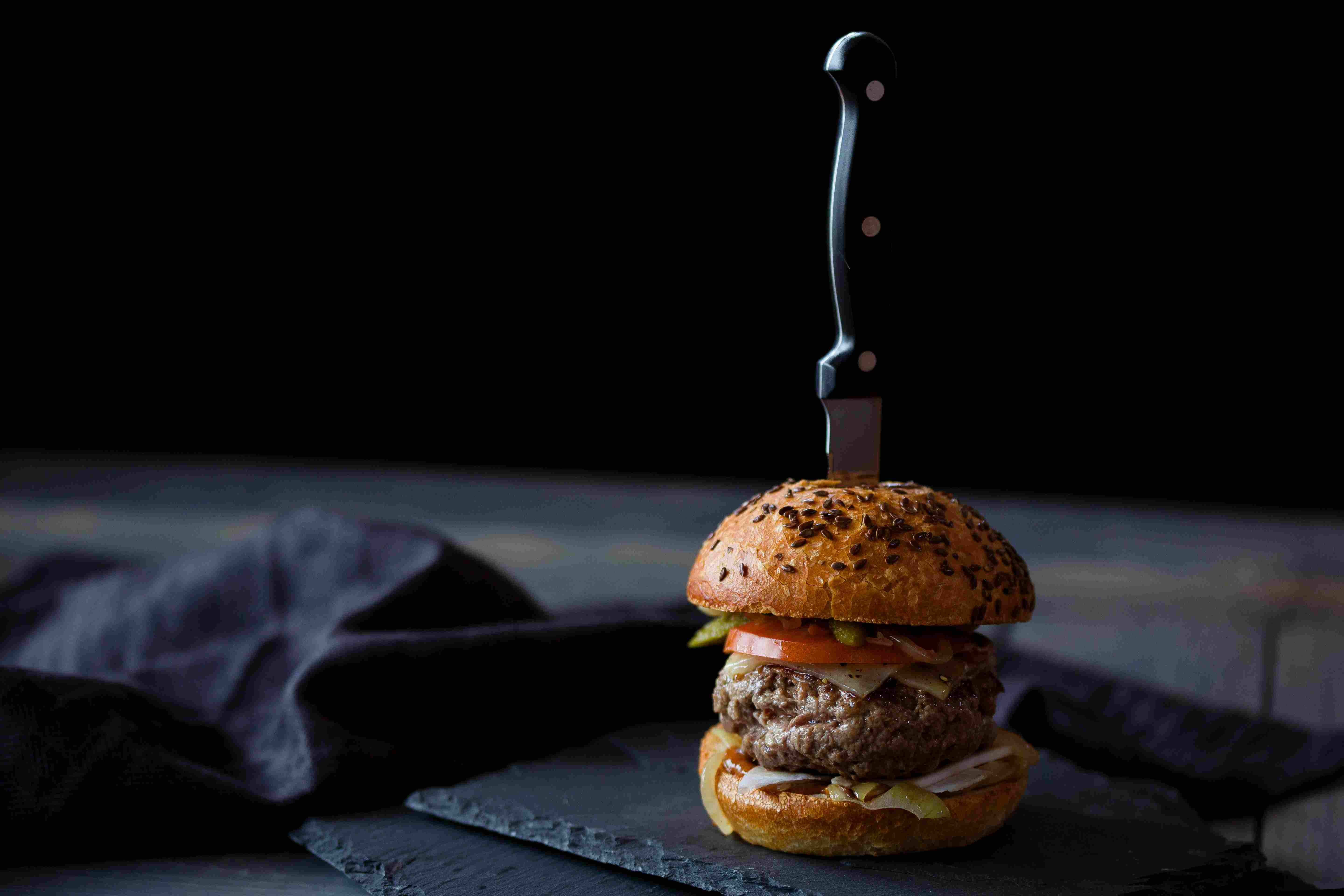 I have two burgers. One is a beef burger from McDonald’s on the left and the other on the right is a Beyond Meat, plant-protein burger from A&W. 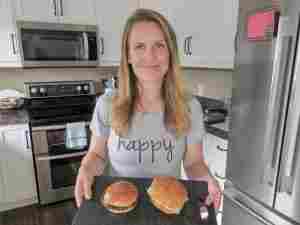 You’ve been told by companies, groups and the media to choose; to eat less meat because one is better for the environment, and we’ve been led to believe that by picking one over the other, we’re doing our part in climate change and being more environmentally-friendly.

To let you know, my family and I grow lentils. I’m grateful demand has grown for this tiny seed jammed-packed with protein. I don’t raise cattle but have friends who do and am grateful for all they do to also raise nutrient-dense food.

All of agriculture, both the plant protein and the beef burger are doing their part when it comes to climate change. Agriculture in Canada accounts for 8% of emissions, and cattle contribute less than half of that at 2.4%.

But did you know the largest sources of emissions were transportation at 28%? So why are we blaming cows, dairy and meat so much?

Will giving up meat save the planet?

Contrary to recent headlines, giving up meat won’t save the climate or even make a significant difference to climate change.

According to the University of California, Davis, if Americans were to eat the plant-based burger instead of the beef burger on Meatless Monday every week for a year, it would only lead to a reduction of 0.3% in emissions. If I were to go vegan for a year, I would reduce my greenhouse gases by 0.8 tonnes.

Is that 0.8 tonnes a huge difference? Not as much as you might want it to be. One round trip flight from the US to Europe emits 1.6 tonnes, so a whole year of reducing meat in your diet has only half the impact of a single transatlantic flight.

Let’s look at the unintended consequences

Removing animals from agriculture would lower greenhouse gases to a small degree and there’s unintended consequences if we removed them completely.

There’s a really great story when it comes to agriculture’s environmental footprint missing from those headlines and trying to get you to choose sides.

One part of that solution is right under our nose….literally. It’s in the soil. By managing soils for healthy crops and raising healthy livestock, soil can hold water, nutrients and capture carbon.

As per the United Nations Intergovernmental Panel on Climate Change (IPCC), agriculture and forestry land use in the US currently takes in and captures more carbon than it emits.

The headlines we often see aren’t sharing how agriculture is doing our part. In the past, our lentil fields would be ploughed so all you would see every other year would be soil and some weeds.

But by growing a crop and minimally disturbing the soil by direct seeding, lentils take greenhouse gases out of the air, create nitrogen and then put nitrogen back into the soil. It’s like nature’s way of fertilising the crop for next year and capturing carbon.

Pastureland used for grazing cattle in Canada removes greenhouse gases and stores the emissions of 3.62 million cars per year.

Raising cattle has many environmental benefits such as soil replenishment, nutrient recycling, preservation of natural grasslands, and improving biodiversity and wildlife habitat. It’s pretty incredible that cattle can up-cycle land, which is otherwise unproductive to humans, into protein-rich food for families, while returning benefits to the land.

These are just a couple of examples out of so many more of farmers and ranchers who are helping be more environmentally friendly and efficient. Whether we grow crops or raise livestock, we care about the soil and environment.

Look behind the headlines

We know we have more work to do, but we have been working hard at being more efficient, doing our part and being part of the solution.

There is always more to the story than the click-bait headlines. When you read or hear about “Eat Less Meat to Save the Planet” or have to choose between a plant-based or a meat burger, please remember and know that there are farmers and ranchers behind the scenes doing their best to save the planet too.

I appreciate that we get the choice of how to farm and you get so many choices in the grocery store and at restaurants. For me, I’ll always choose the beef burger.

*Lesley Kelly farms in Saskatchewan, Canada. She runs a successful farming blog called High Heels and Canola Fields, co-founder of the Do More Agriculture Foundation, is a motivational speaker, social media personality and a podcast co-host of the What the Farm podcast. Previously she held several branding and marketing positions in agricultural businesses. She uses these skills and her passion for farming to help make positive changes. She’s built a community of over 65,000 people across social media.

Thumbnail Photo by Lidye on Unsplash