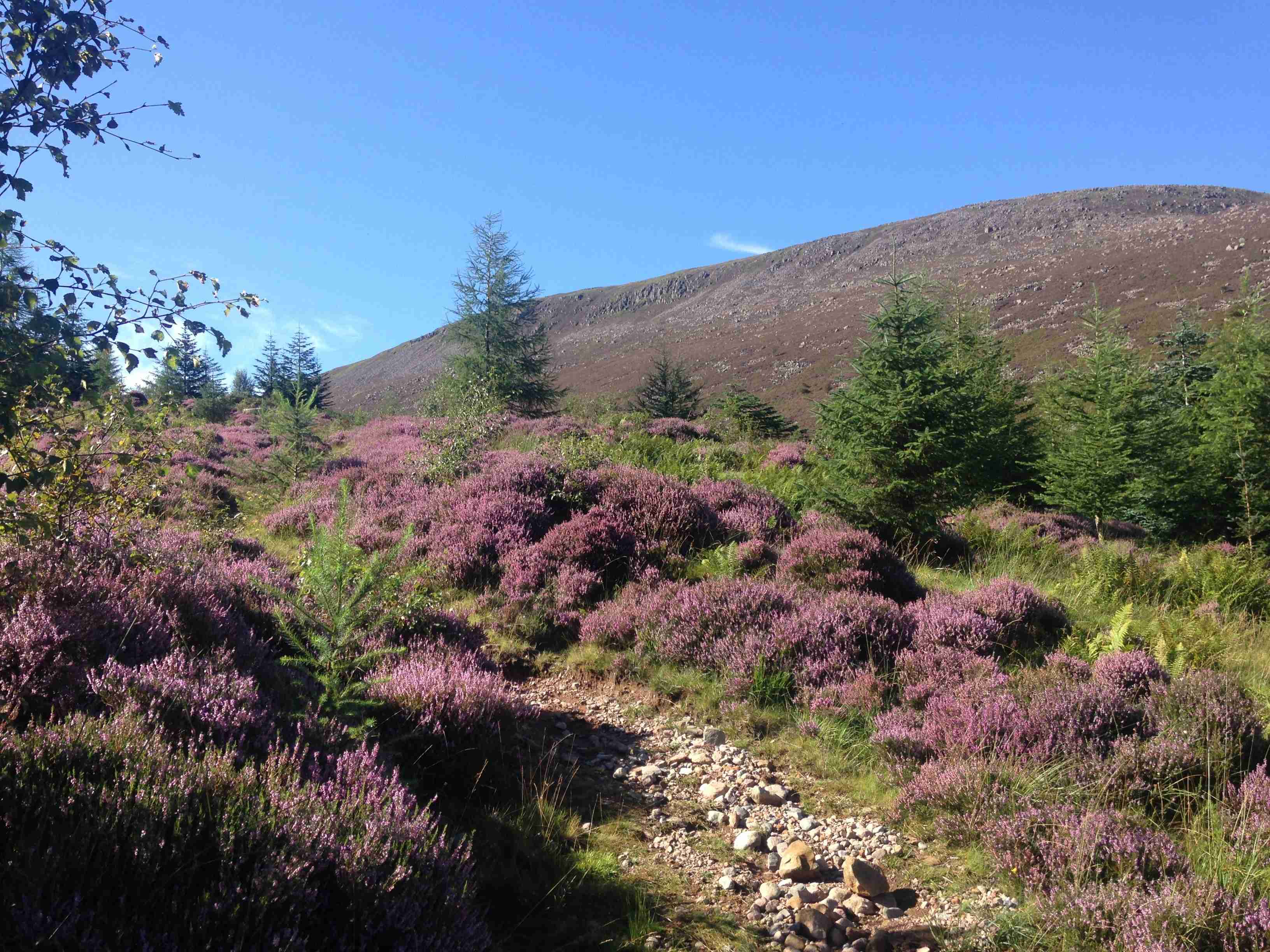 My name is Emily, and I am a hopeless moorland romantic. The moors are my bedrock, and my natural habitat. But nowadays, it feels, they are the love that dare not speak its name.

They are the landscape that taught me how to love landscape. The world that sang of curlew, plover, lapwing and bog owl. A world alight with heather: lazy waves of summer lilac, flaming autumn sundowns, and glittering pillows of snow. A land of adventure, from knee deep sphagnum bogs to the best views in the world.

Remote stone bothies – rest stops for shooters, usually – but such an enticement to the imagination. Meandering stone tracks, photogenic as you like and metaphorical of all manner of journeys.

Adders, peregrines, grouse and hardy hill sheep, channelling Mother Nature and man alike. Silver ghosts of quarries and mines, clung to by delicate flora, an industrious past now desolate and sublime. And once, a pair of vintage aircraft, loop-the-looping – unseen, they likely thought – euphoric and free as a bird.

I love the moors. But I’m not allowed to.

Now, if I mention them, someone mentions shooting, even if there is none where I’ve been. Now, I can’t be excited about seeing raptors without someone enforcing pessimism.

“That’s nice, but don’t get used to it.” I used to enjoy those moments. The time I laughed out loud at myself for being disappointed when what I thought was a pair of hen harriers turned out to ‘only’ be a gull and a short-eared owl. Those moments of simple delight fed me and drove my love for the outdoors, which I, in turn, feed to others.

It takes passion to transfer passion, but as soon as you talk about the moors, someone will insist on drowning the flames in politics. And nothing is destroying my will to keep sharing that passion like people telling me I’m wrong to seek joy in this landscape.

Enjoying the moors, apparently, equates to condoning brutal murder. Enjoying the moors means I am happy to watch the slaughter of protected species, because the moors as they are would not exist without the ‘need’ to persecute them.

And I must clearly be overjoyed to watch our towns and villages flood, by condoning, through my love for this place the way it is, the greedy land drainage caused by gamekeepers to this day for their own end.

You know what I really condone? Acknowledging that these heather moorlands – many protected SSSIs as one of the most rare and rapidly declining habitats in the world – have been sustained by shooting. Perhaps not ideally, but the fact is they’re still here and that’s something we can work with.

I condone the work keepers are doing to block historical drains – many installed due to government grants to improve agricultural productivity – because they knew all along that these ditches would increase water flow, and they also recognise the results of research which indicates restoring blanket bog can be as beneficial to shooting as burning, but with added environmental benefits, too.

Science develops all the time and current keepers’ predecessors did not have all this information at their fingertips.

I congratulate the attitude of the keeper in my local, shaking their head sadly, exclaiming; “why would you want to kill a raptor? Live and let live, I say.”

I gladly approve of anything which supports rural incomes and self-sufficiency (because, let’s face it, public transport is not amazing), helps beat the depression of isolation by supporting pubs (and their staff) and provides days out beating which promote exercise, immersion in nature (there is not much more immersive than wading through heather) and one of the best community experiences you can find.

And I condone using the resources available to us to achieve the best result. Public funding is not forthcoming right now. Employing moorland managers from taxpayers’ money will be expensive, and the supposed increase in ‘wildlife tourism’ is a pipe dream, in my opinion. They already come, because the moors are already full of rare species, even if not all the ones you want to see are there yet.

I know the ‘privilege’ of shooting for sport is hard to swallow sometimes, and I’ll gladly have a separate conversation about that, but for as long as the funding for moorland management – even if that management may need review – comes from the pockets of the wealthy who can spare it, then surely conservation can have the last laugh?

The real losers in a blanket ban on driven grouse shooting are not the wealthy “toffs and Tories” who represent the image many have of shooting. They are the local people – pub staff, beaters, hotel cleaners – who, I have to break it to you, are the very epitome of the opposition’s favourite slogan: they are the many, not the few. I am one of the ‘many’.

But nobody wants to look closely enough to see this inconvenient truth.

So there we go. The countryside has fallen victim to politics to the extent that I, at least, struggle to simply enjoy it, and the moors are suffering the most noticeably.

In a world where the key indicator of intelligence seems to be finding fault in others – ‘knowing better’ – the skill of pure enjoyment is a rare thing.

I’d argue that overcoming cynicism and re-learning how to enjoy the positives is a much harder task involving a far greater strength of character, and can only lead to a much greater ability to collaborate and encourage change instead of generating defensiveness and rebellion.

To draw a parallel also close to my heart: just as persecution of one LGBT person has an impact on all of us – because we are all part of that community – the same feelings of anxiety come out of my having grown up on the edge of a grouse moor and seeing severely uncommendable and inaccurate attacks on people in that community, and even myself.

These are attacks on people who often do not fit the stereotypes bandied about by high profile celebrities in the national media, and who cannot now break through the preconceptions formed by said ‘celebrities’, such is the distrust which has been spread. Persecution of raptors is inherently and unforgivably wrong, but so is persecution of people. It’s just harder to see.

I’ve never not been aware of the issues and criticisms surrounding grouse shooting. Strolling among the heather and jumping the ditches in my younger days, I wasn’t naive, but I still had the capacity to make the best of the natural environment around me and use that to inspire others.

Now, wandering up the lane, everything I see is overshadowed by the latest slagging off of gamekeepers’ tracks (you see eyesore, I see opportunity for increased disabled access to the outdoors); the latest incorrect thing someone has said in front of millions on Springwatch; or a host of species I want to get excited about but know I’ll just have to face the inevitable; “that’s nice, but…”

My mind is always chugging and slugging through whatever the latest daft thing is that I’ve seen. It can’t let go, but that’s what happens when you feel silenced and oppressed, whether directly, or as an ally.

The moors used to be my therapy. But like an ex you’re still in love with, they’ve just become a reminder of the anxiety I’m trying to escape.

The follow up to this blog, tackling prejudice and mental health within isolated communities can be found here: Winter is Coming