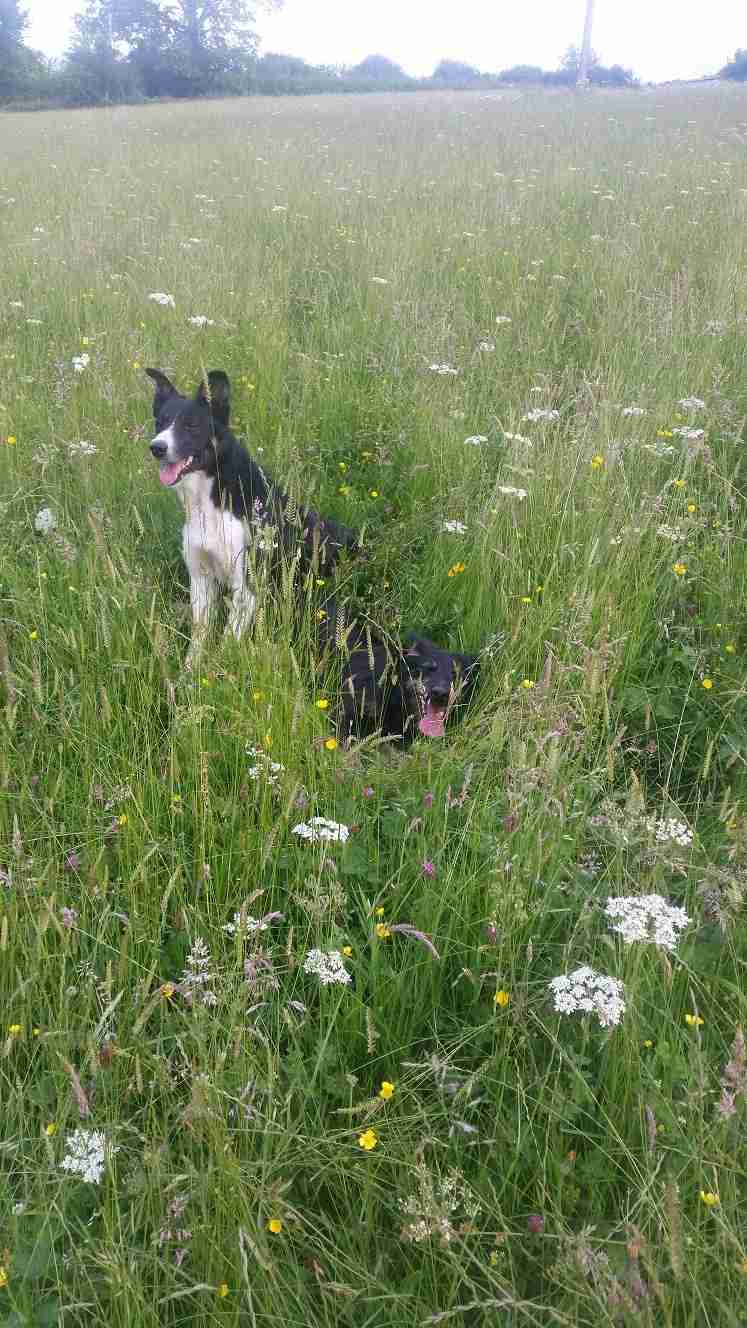 I am sitting on a log in one of our orchards, notebook in hand, recording birds for the Big Farmland Bird Count – an agricultural industry-led initiative to record bird numbers on farms across the UK.

It is a sunny day earlier in the year and anyone who tells you the countryside is devoid of wildlife needs to come to our farm; and indeed many like it across the country.

I saw a fox in the distance on the way to my current spot this morning and plenty of birdsong, that I am ashamed to admit I cannot identify. In fact, is is only by using my binoculars and a bird book, that I am able to identify most of what I can see.

The cider apple tree orchard, planting records for which date back to the 1930s, sits inside a scheduled ancient monument that dates from the iron age.

We are lucky to have such an amazing feature on our farm and perhaps its just me, but you can almost feel the 4,000 years of history as you walk around this historic site.

You might not know much about the iron age, but if you have ever been to Malvern, in west Worcestershire, and seen the hillside on which it is sited, you will have seen the most impressive iron age fort in this area.

Ours is no where near as dramatic, but with its earth works and diverse flora, it does provide plenty of habitat and of course apples from the trees, which we sell to a local cider maker.

There are mature trees, oak, ash, birch, willow and a very old small-leaved lime, plus hedgerow trees like holly, blackthorn, hawthorn and hazel, and shrubs and climbers like dog rose, bramble and clematis.

We leave some standing dead trees and these provide a home for woodpeckers and the not-so-well-known ‘nobel chafer beetle’. There is a bee hive inside an old pear tree and over the past couple of years it has produced several swarms, hopefully increasing the number of bees in the area.

We have laid and planted a number of hedges in the past few years, trying to improve the habitat for our local bird population. We now have two pairs of yellowhammers living in these thick, protective hedges.

They are double fenced so providing a wide wildlife corridor for the yellowhammer to nest close to the ground, with plenty of cover as sheep are not able to eat out the hedge bottom and dogs belonging to footpath users cannot disturb the nests.

The flash of yellow from the yellowhammer is so impressive, it is almost as vivid as the electric blue of the kingfisher, occasionally spotted as I walk along the nearby brook. An elusive bird itself, but I cannot tell you how exciting it is to see that flash of colour if you happen upon either of these birds.

Occasionally we have red kite flying overhead. They are a visitor from the nearby feeding station on the welsh border. Piles of pigeon feathers are a giveaway for an elusive bird that I haven’t seen for a while, the Goshawk, a bird of prey that is fantastic at killing whilst on the wing.

We also have many buzzards, a very common hawk in this part of the country. A few years ago I was mowing a field of grass watching a leveret dashing from place to place to avoid my mower. I’d never seen one before, so I was taking care to slow down for it.

As it made a dash for the hedge, a large buzzard swooped out of a nearby oak tree and pounced. It was an amazing and horrifying site. I may well never see anything like that again, but as the buzzard struggled to take to the air with its hard-earned meal, I could only marvel at the fascinating things that can be seen in nature – and more to the point, here in Britain.

I am very lucky to live and work where I do. We keep Hereford cattle and Romney ewes, producing red meat predominantly from grass, a significant proportion of which will go to local outlets.

Whilst I present an idilic view, spending most of my days with a dog at my heel, life can be harsh, especially in the face of the weather thrown at us by 2018 and the constant barrage of the anti-agriculture lobby.

As I look to the future, in a post-support-payment environment (in the current situation with the issue of ‘Brexit’ hanging in the balance no one knows what will happen, but it is likely that the subsidy received by farmers under the European Union’s Common Agricultural Policy will reduce or disappear) profit has to be my target.

Simply being in business may well be hard in the coming years, but my focus is increasingly turning to my farm environment.

We need the soil to be healthy, we need the bees to pollinate the crops and we need to look after our native wildlife. I believe we can have both those things and a profitable agricultural sector, but we all need to work together to achieve that aim and I am not sure cheap food is a part of the solution.

A few years ago I heard a quote at a conference: “Remember what your grandfather taught you, using the technology of today”.

The future may not be agrochemicals, it may not be organic farming, it might be in the middle. Here on our farm, between the hedges and the trees, is productive farmland and until someone tells me differently, I am going to produce food.