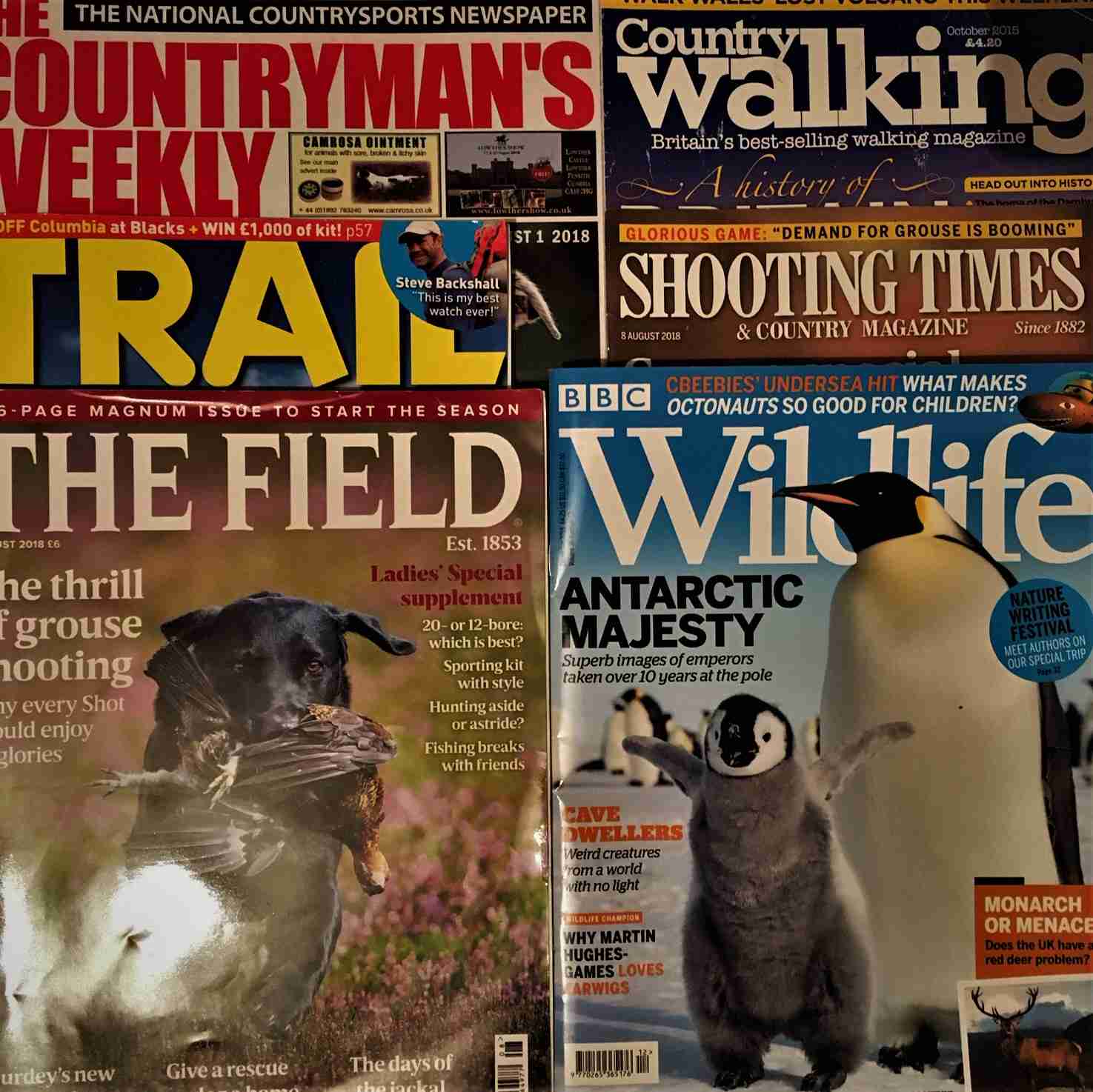 This is the first piece I posted on my blog in 2017, and explains why I write what I do – an attempt to bridge the disconnect and stereotypes between ‘rural’ and ‘outdoor’ communities.

I’ve recently dipped my toe back into Twitter after a couple of years’ hiatus.

I’ve found myself following more and more farming and landscape accounts as well as walking related accounts. In the past, rural and moorland life was the world I’d come from, so real pointy mountains and new skills were the novelty, and I’d disconnected from my roots somewhat.

But my roots are the reason I love the mountains so much, and my path, whilst not yet full circle, is definitely revolving. Since leaving social media, I’ve spent a lot of time with projects which directly connect countryside access, farming and conservation.

Two years down the line, the prejudices between recreational use of the countryside, and those who work it day in, day out are becoming starkly obvious. I find myself desperate for good news stories, connecting the ecological, economical, and recreational aspects of the places I love, instead of segregating them.

As I write, I’ve just started listening to farmer Will Evans’ ‘Rock and Roll Farming’ podcast after following him on Twitter for a little while and seeing how well-respected both he and his work are.

In the introductory episode, he describes the common perception of farmers as ‘cartoon villains’. I laughed, but I might as well have cried. It’s exactly the image I get from a lot of people I walk with, and much of the media. There’s even a mug with the cartoon on it: “Get orf moy land!”.

Most of the representation we see of contact between walkers and farmers is of conflict. Sometimes it’s a random tweet about how a stile wasn’t up to scratch, or the corridor through crops wasn’t wide enough. Sometimes it’s campaigning for more access: Open Access, Coastal Access, Open Wales.

The reasons for these campaigns are incredibly valid, but when they’re met with resistance, that’s all the public at large see of the farming and land management community, and do we ever ask why resistance is there?

It’s a no-brainer to me that farming and habitat management completely underpin the landscapes we love so dearly, and spend so much time pining for when we’re not there.

It was a shock to the system when I realised not everybody saw fields and moors as somebody’s livelihood, or that our right to be there was a privilege to be thankful for.

Suddenly it appeared the countryside was a free-for-all and farmers were an inconvenient by-product, not to mention the reason for virtually all environmental decline.

And when something wasn’t right – the stile, or the crop corridor – it represented all farmers everywhere, who were clearly the enemies of both conservation and public recreation. (And at this point, I hear farmers everywhere asking; “but where does the food fuelling your recreation come from?!”).

And worse, in recent times there has been a spate of articles in the likes of The Guardian, proclaiming farming as thoroughly bad for everything, with the same kind of misinformation, generalisation and inflammation you’d expect from The Daily Mail. Only it’s dressed up in big words, so it must be true, and those farmers trying to have a voice are shouted down.

It’s gone beyond the cartoon, and that scares me.

So I have a newsflash. Farmers are people too, real people; funny, caring, environmentally conscious, worldly wise, and all too aware how beautiful our countryside is.

They live and breathe it more than most of us can ever hope to. But nobody tells you those things, because sticking up for farmers is not cool, and peer pressure makes people scared of speaking out.

You will find those stereotypically angry, unreasonable farmers out there too, but that’s a reflection of human nature, not the community they’re in. It seems a basic point to be putting out there, but the noisy minority, whilst supposedly claiming intelligence, don’t seem to have got the memo.

And walkers can be angry and unreasonable too! But the vast majority of us do genuinely respect the working landscape.  The attitudes towards farmers referenced earlier were indeed the minority, but they stayed with me because we always remember the negatives – that’s just how it works, on both sides.

The question to ask when conflict arises is not; ‘why am I being attacked?’, but; ‘where does the frustration come from?’. There is always a reason.

And it’s a two way thing, of course. I started hill walking when I found myself in a town, relying on rights of way and open access for my sanity. I know damn well how, at the same time as being somebody’s livelihood, landscape is immortal, it predates all its owners, and transcends all of that political stuff.

Humans need breathing space, exercise and inspiration and the outdoors provides that in a way no city ever could. I used to be privileged enough to have a farmyard and fields to run around in, but since moving out at 18, wandering across other people’s land has been my lifeline. You know that advert; “you’re not you when…”? That’s me without hills.

Of course access is a good thing. Jesus, the benefits of countryside access are an essay in themselves. Exercise eases pressure on the NHS. Tourism revives isolated economies (and keeps your local pub open). Access engages an increasingly urbanised population with the natural world – and farming. It’s an opportunity for education, and that’s exactly where this post is going.

For as long as farmers don’t like walkers, and walkers don’t like farmers, achieving ideals on both sides is going to be a struggle.

I’m sure it always will to some extent, as there will always be strong characters on both sides, out-shouting the reasonable majority. But let me say this: In the time I’ve been back on Twitter, and re-engaging with both the outdoor and farming media, I’ve seen endless articles about the amazing conservation projects farmers are involved in.

And yes, before you ask, that includes instigating and funding projects themselves, not just being coerced into government schemes because they get money for it. I’ve listened to farmers on Will Evans’ podcast talking about the nature they work with and how lucky they are to be part of the landscape; and how they see education, communication and honest engagement with the public as fundamental to their job.

Yet I never see interviews in the outdoor media about the people who farm those iconic Herdwick sheep, or the efforts going into conservation of both uplands and lowlands. I never see articles in the farming media about why the countryside is so important to those who can’t be there all the time.

I see history and archaeology featuring regularly in outdoor magazines – all the human things that shaped our landscape – but rarely those shaping it now, under our noses. I see species to look out for as the seasons pass, but not the farming calendar or how we can best safeguard the livestock that are so fundamental to our experience.

Just imagine the difference a bit more dialogue could make. Imagine if farmers of iconic mountain ranges were interviewed for walking magazines about their favourite places in the area, which were the best pubs, and what we could expect to see on a walk through their land.

You can’t get a more expert local than that! And then, the challenges public access brings to their job, and to conservation on their land, and what positive things we can do to help.

Maybe we could interview walkers in the farming media, to share stories of what landscape means to them, and how grateful we are to have rights of way in the UK, and farmers who look after them.

Perhaps some don’t look after them so well – but until gratitude is shown and acknowledgement given to those who do, why would they? After all, we’re the ones roaming at leisure along rights of way they never have time to use themselves.

This is normally where I’d say ‘rant over’, but this is different. It’s not a rant. It’s time to start looking for positive opportunities. So…

Farming community – be proud that so many people love the land you’re responsible for, and imagine if one day you were forced to live in the city. We’re all allowed to love the countryside, so please educate us in a positive way – we’d love you to tell us what we can do and why; not what we can’t.

Outdoor community – we all know those stunning landscapes are shaped by man. Those people are still there, here and now, and they are the best experts you can find. Let’s help them maintain these landscapes with understanding and respect. Let them share their honest stories, because until you do, the misrepresentations and scaremongering we see in the mainstream media will only intensify. And if so, when it all goes boom, we’ll be in a worse position than ever.

Working together to generate trust and respect can surely be the only way to improve both understanding and access.