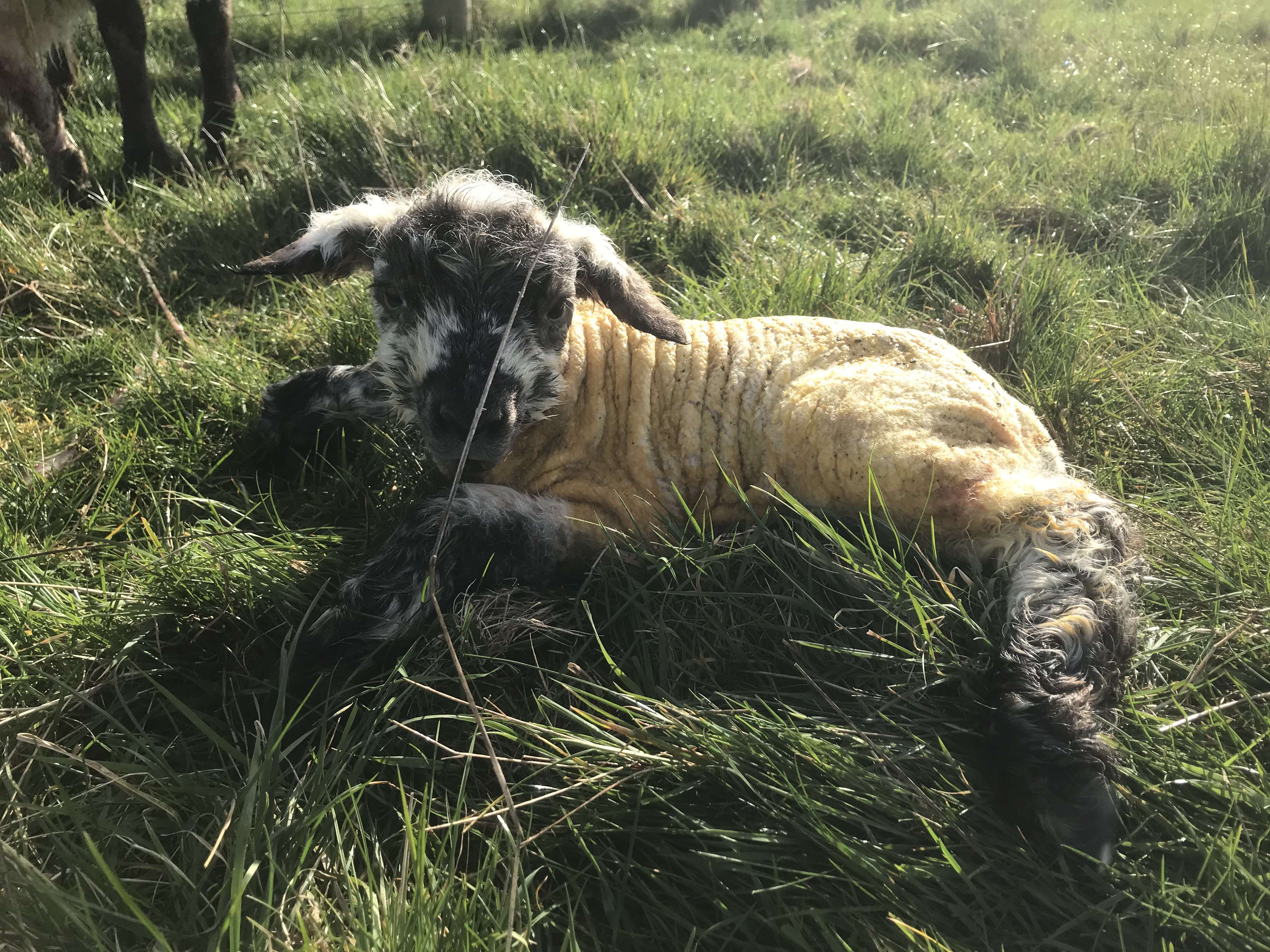 March and April bring lambing and spring crop planting. Having owned sheep for a number of years now, I have grown to expect an element of spontaneity from them.

For instance the ability of the only black sheep in a field the size of 30 football pitches to find a colour-matching black cultivator and get stuck beneath it, leading to a wet afternoon playing a rubbish version of hide and seek.

They also like to play a game of ‘ignore our due date’, and lamb as early as possible just to see if they can catch me out. Luckily, I drove the sheep closer to the farm a week before their due date, just a day before they actually did start lambing.

So what does lambing entail for the farmer?

Well, a lot of looking at sheep bums to be honest. The earlier we can detect that a sheep has started lambing the better, as this allows us to make a more informed decision about whether things are progressing naturally, or if we need to intervene.

It’s always a tough call – intervene too early and we could cause unnecessary stress to the ewe. Leave it too late and if there is an issue we might lose the lamb.

So far, lambing has been fairly straightforward for us. At the moment there is a ewe with triplets soaking up a disproportionate amount of my time. She had all three lambs by herself overnight, but the littlest lamb was spread eagle on the floor in an unnatural position, and one lamb had been claimed by another broody ewe.

So after removing the distraught kidnapper (who had two lambs of her own later that day), I penned up the triplets and found the mother was now rejecting the kidnapped lamb, and would bunt her away hard whenever she tried to suckle.

The littlest lamb had severe tendon issues and couldn’t stop doing the splits. He had got thoroughly chilled, and with his condition had little chance of survival. If he did pull through, he would make no economic sense to rear, but as a farmer it’s not just about the money, it’s about our love of animals and job satisfaction, so I set to work.

First on the action plan was to bring him up to temperature, so I sat him on a hot water bottle surrounded with deep fresh straw. Next, I needed to get some warm colostrum (first milk from his mother packed with nutrients and antibodies) into him.

Being so cold and starting to give up on life, he had no chance of suckling from a bottle, let alone his mother, so I melted some frozen colostrum (I had milked from one of our cows last May), and poured it into his stomach via a tube.

I repeated this every four hours for the first 24 hours. As he started to show signs of recovery I set to the next challenge, his legs.

He seemed to lack the ability to hold his legs together, so of course (as a farmer) my first thoughts were to get out the baler twine. But pooling my childhood Blue Peter memories, I refined some splints with pipe insulation, gaffer tape (substituting for sticky-back plastic) and baler twine.

Fingers still crossed it seems to be doing the trick.

He now stands on his own and is starting to stumble around the pen with a renewed love of life, while in the meantime his mother has got used to his bigger sister and is allowing her to suckle without a fight.

We are currently only a third of the way through lambing, so I am sure there will be a few more challenges around the corner, but it’s these challenges that make us stronger.