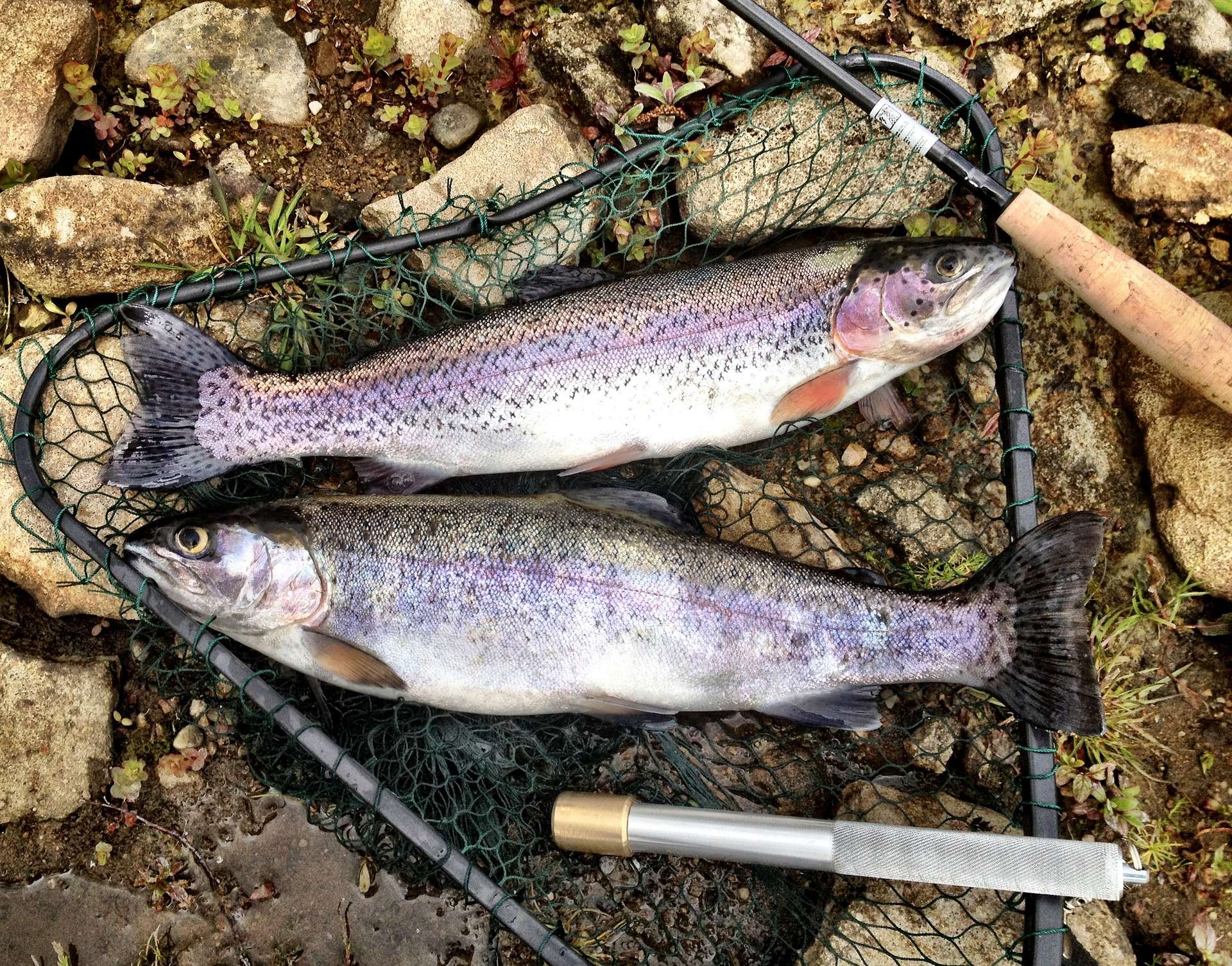 In a little Wiltshire village with streets clearly made for carts not cars, I found Jack Glendinning, owner of Mere Trout Farm.

Greeted by an array of friendly dogs, little to large, I sat down to tea with Jack to hear more about what happens on the farm and how they ensure the trout are well looked after and free from the muddy flavour sometimes associated with the fish. 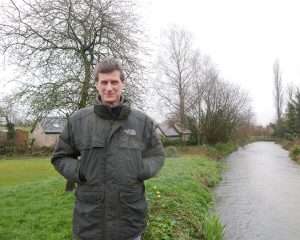 DH: How did you become a trout farmer?

JG: I took over the farm in November 2018. It was originally a watercress farm, but the owner, Chris, converted it to a trout farm in the 80s and started the smokery shortly afterwards.

I bought it from him when he went into retirement. I went to agricultural college years ago, but otherwise it was completely new to me. I was in electric underfloor heating and then PR before!

Fortunately, the team here really know what they are doing. It’s a bit of a dark art smoking sometimes. You’ve got to know what you’re doing. Now we supply farm shops, pubs and restaurants across the South West and up to London.

DH: What makes you different?

JG: Because we grow and smoke on site we’re able to offer a very consistent product. We also work closely with the chefs to understand the size of fish that suits them so that we can grow them to the size they want. Quite often they come down and have a look.

The fresh fish we do is often plate size (400g), while the bigger fish (2.5-3kg) is saved for smoking unless trade customers particularly request them fresh. We’ve also started making our terrine out of the offcuts and this has been very popular with farm shops locally.

The fridge at Mere Trout Farm

DH: How do you manage your fish for flavour?

JG: It’s the whole way we farm the fish. We’re a small farm (typically hatching out 15,000 to 25,000 at a time) so it tends to be less intensive anyway, but we also don’t push the fish as hard as you can do with feed at certain points in their growth cycle.

The harder you push them, the more disease they get. The other aspect is that because we are close to the spring, the water is very clear and this reduces the risk of disease too. We also use forced air rather than pumping oxygen.

Everything from the feeding ratio, stocking density and the way we handle the fish is more extensive and enables us to focus more on quality than quantity. How much it affects the taste is very difficult to say, but we believe it makes a noticeable difference.

Young trout sheltering from the rain at Mere Trout Farm

DH: Why do you smoke your trout?

JG: We’re never going to be able to compete on price alone so we need to add as much value as we can on farm. Smoking the trout is a way of breaking into new customers and broadening appeal. With the smoked trout, running the deliveries in the two vehicles we have starts to make sense.

DH: Trout is a pink fish like salmon. How do you think it compares?

JG: Smoked trout compares very favourably to smoked salmon if it isn’t over salted. For retail products the salt levels are often increased for both fish to extend the shelf life, but trout loses more of the flavour in the process.

They are closely related as species, but fresh trout has a bit of a bad reputation for having a “muddy” flavour. This is all to do with the clarity of the water, though.

Trout thrive in clean water and they drink a huge amount of it through their gills. The clear water here means they don’t take on this flavour.

Trout are easier to get wrong than salmon as they are very sensitive to temperature. If the temperature increases too much, the oxygen levels in the water decrease and they get stressed, which causes their disease levels to increase.

It’s also difficult to scale trout farming as the chalk streams they live in are very limited compared to the marine environment where salmon is farmed.

DH: Have you been affected by climate change in terms of water temperature?

JG: We’re so close to the aquifer that it hasn’t affected us yet. We have seen it affect other farms elsewhere in the summer though. A number of the streams were drying out completely. A lot of wildlife suffered. It was great to see it come back so quickly afterwards, but there was a big local push back on water extraction in the area.

DH: How do you manage the sustainability of your farming?

JG: The Environment Agency test our water once a month. We’re pretty easy to monitor too because we have one inlet and one outlet. We have to comply with very tight tolerances on a range of factors including nitrogen, suspended solids, and clarity of the water.

We’re looking at using chitosan in the future. It’s made from the hard outer shells of crustaceans like shrimp and is very effective at water treatment. We’d like to get to a stage where the water leaving our farm is cleaner than the water entering.

Beyond the water treatment we are also looking at other ways of becoming sustainable. Black soldier fly would enable us to replace our fishmeal with insect protein. Black soldier fly larvae are fed on food waste so are very environmentally friendly.

We are about to start running a trial splitting one of the ponds to test the results. I doubt there will be much of a difference in taste, but I’m not sure how squeamish people will be about larvae-fed trout.

If all goes well, we’d like to set up our own small-scale production of larvae here. The fact the larvae live in waste means they have high antimicrobial and fungal properties, which might even help with reducing disease among the fish.

It would be great if we could feed the larvae with our fish guts, but that would close the loop and that’s how BSE started, so there are strict regulations about that now.

We could use other local waste products though like dairy waste. Our food bill is currently huge so it would be great if it works and I think our customers will appreciate what we are doing.

As I left, the rain was still pouring down, so Jack kindly sent me a photo of the farm on sunnier days