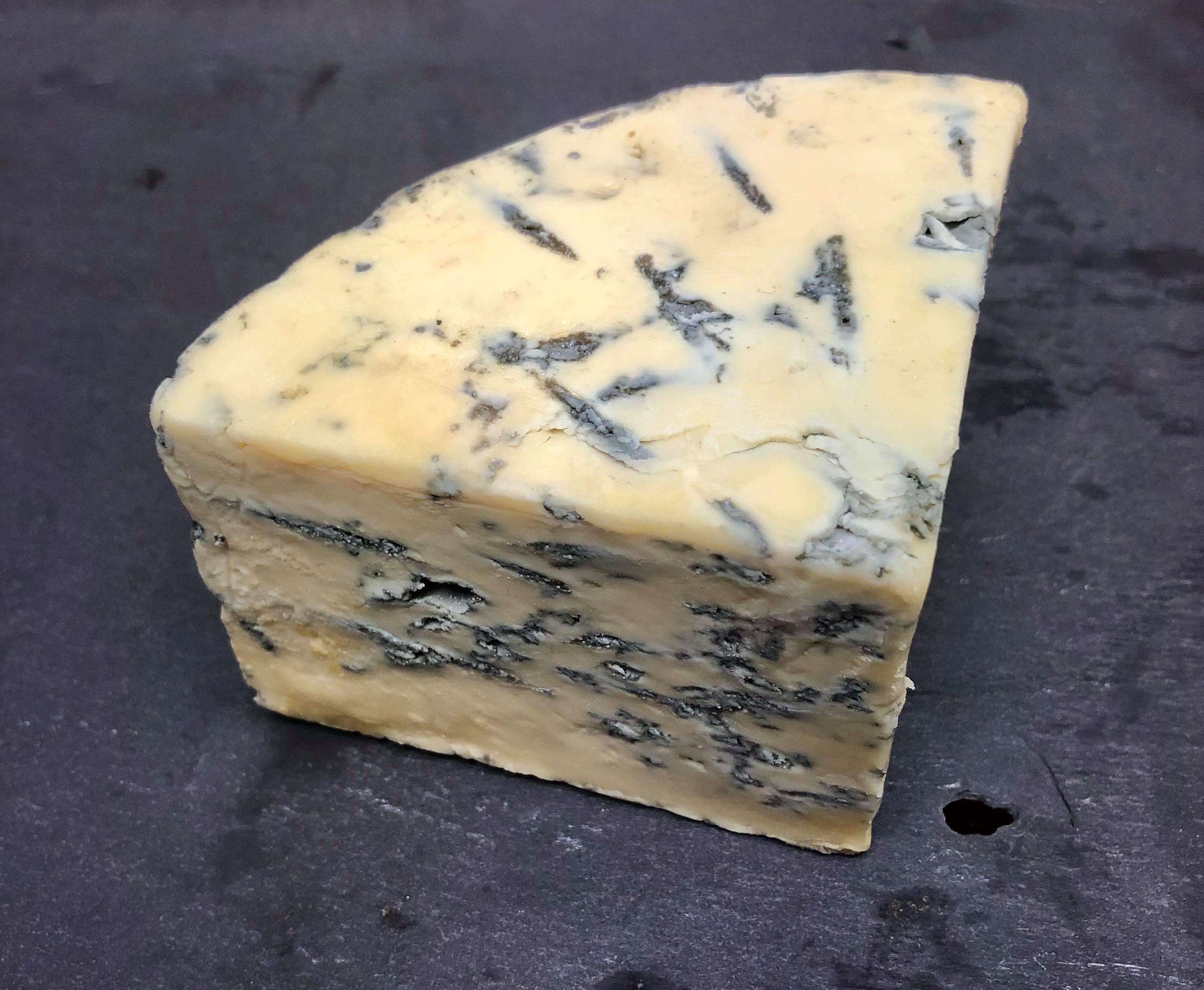 Blue cheese divides cheese eaters. Some, like me, actively enjoy the taste of veins of Penicillium in their cheese. Others naïvely limit their consumption to examples un-invaded by blue mould.

Of course, when that first ground-breaking cheesemaker approached the cheese version of the Dragon’s Den panel with a cheese mouldy to the core, I expect he was met with some scepticism.

But the proof is in the eating, and you don’t eat with your eyes, you eat with your mouth. A myth disproved by countless dishes that look horrendous but taste phenomenal.

One can usually associate an increase of a cheese’s blueness with an increase of its strength of flavour and I have always enjoyed a powerful punch to the palate, be it a full bodied tannic red wine or marmite on a salty buttered crumpet.

Life’s recipes sometimes need the wildcard addition of flavour that blue cheese can provide – on a burger, in a soup or improving a salad immeasurably.

Blue Monday No. 7 is a semi soft cheese that is part of the range produced by former Blur bassist Alex James. A strong USP and if I’m being honest, the primary reason for my purchase.

With regards to the band, I never really appreciated them as the Britpop powerhouse that they were during their heyday. But then, I was still at primary school when Blur were charting at number one.

As a teenager with an iPod, I had access to the back catalogue of music in its entirety and Blur did not pass me by. Although the band probably had equal play counts to Darren Styles so I am fully aware that I am in no way qualified to critique music.

The cheese’s name comes from music too, the title a classic in its own right by New Order that references the third Monday in January, apparently the most depressing day of the year.

Mr James will no doubt be pleased to hear that upon trying his creation I felt the opposite of depressed. In fact, I was delighted by the mellow, creamy result of his endeavours that maintains a subtlety of flavour and faintly sweet taste.

If I was inclined to draw parallels between blue cheese and Blur songs, and I absolutely am, then Blue Monday No. 7 reflects the gentle complexity and understated emotion of Tender (1999).

While your bold Stilton would be represented by the brash Song 2 (1997) and a characterful Roquefort may summon notes of Parklife (1994), this cheese has a more nuanced effect on the palate. As cheese singles go (I know), it’s great to belt out in the shower, but it’s not a good tone-setter for a house party.

If I could only listen to one era of music, it wouldn’t be 90’s Britpop, and if I could only eat one blue cheese it probably wouldn’t be this one. That takes nothing away from a very capable example of an easy to eat cheese. A little like Gorgonzola, it would go well in a blue cheese salad, or as a second blue on a large cheeseboard, but it perhaps hasn’t reached the heights of the traditional British blue cheeses.

If Mick Jagger comes out with a Shropshire Blue then maybe that would be the time to examine the cheese/music relationship, and I for one am looking forward to that.

As for its hard to digest pun rating, Blue Monday No. 7 is somewhere between three and four stars, leaning towards an Aver-aged cheese.

(I understand your confusion and disgust, and for that I am sorry)