When I see the word poacher, three quite different things spring to mind. One is the illegal wildlife butchers of Southern and East Africa, another is that rustic member of the rural working class of a bygone age in the pastoral corners of this country, and I suppose the relevant one is the cheese from Lincolnshire.

The African poachers with their Heath Robinson muzzleloaders, who needlessly slaughter culturally and economically valuable wildlife to remove horns, tusks and bones to satisfy the whim of an ignorant customer don’t deserve our time and consideration here.

But the other type, that shifty countryside-dwelling rogue, holds an amusing and somewhat romanticised place in my mind. With his deep-pocketed ragged coat with sleeves stuffed with tricks to coax the local aristocrat’s game into his pot, he cuts an interesting figure.

This character in my head comes from two books, the 1920’s copy of John Watson’s Confessions of a Poacher that sits amongst leather-bound bird books and my grandfather’s war diaries in my dad’s bookcase and Roald Dahl’s Danny the Champion of the World.

I am a huge Roald Dahl fan and that pheasant poaching tale is one of my all-time childhood favourites (alongside Dick King Smith and the Redwall series). I don’t want to ruin the story with spoilers if you are yet to read it, but it is an immensely enjoyable foray into the ways in which man can use his ingenuity to bag, albeit one of the less intellectually gifted, members of the edible bird community.

No doubt referencing the traditional configuration of a shotgun. Although if you have read the book I refer to above, you will know that raisins in a paper cone with glue around the rim is a much more effective method of poaching winged game.

The double barrelledness of this cheese refers to its maturity, having been aged for at least two years. Subsequently it is one of the more robust English cheeses that delivers a flavour worthy of its imaginative name.

This cheese has great depth of character. With its full-bodied richness it brings about senses of tawny port, tobacco and wood panelled libraries.

Even the rind looks like the weathered paper of an Empire era map. I cut a portion of the hard cheese and paired it with a thin slice of crisp Braeburn apple and thoroughly enjoyed the resulting taste and texture combination in my mouth. 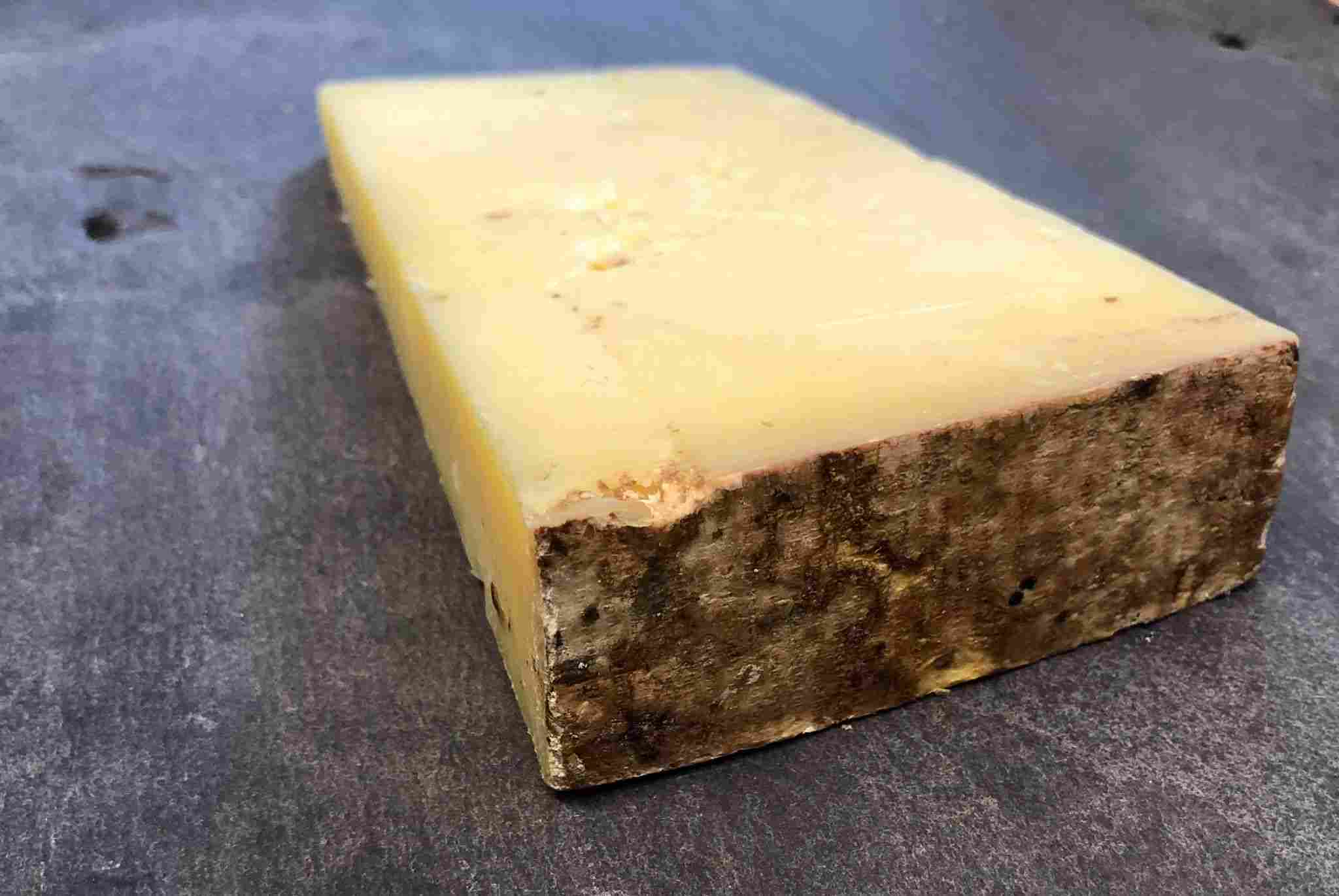 A cheese with such a strong flavour is best enjoyed in thin slices and if you are eating a selection, I suggest you save this one until last. There’s a good chance you are ending on a high, the taste lingers and its character is hard to ignore. Much like that poacher with a snared rabbit down his trousers.

For reference and ridicule, The Cheese Review star system is as follows: