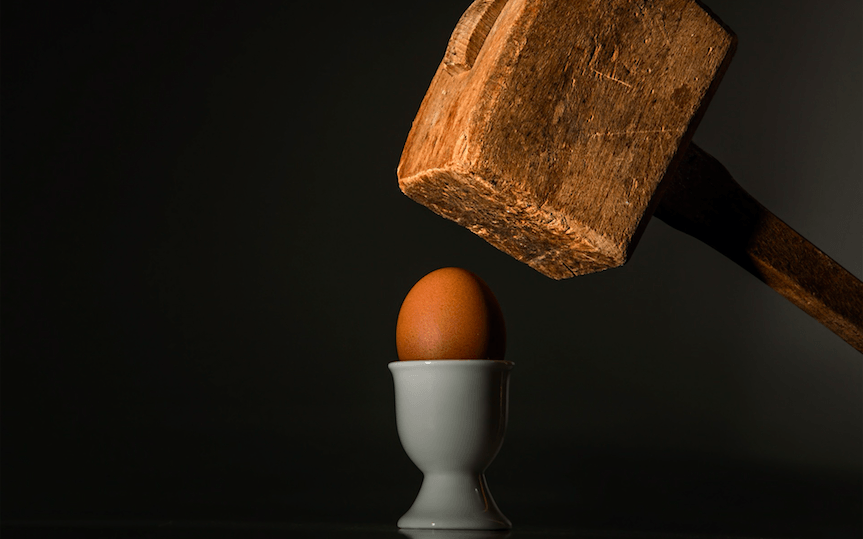 All over the internet, people are getting angry about food. The rage is coming from well educated people with good access to food, who angrily scream about low carb diets or the iron content of spinach. They are not dispossessed, marginalised or oppressed people who face hate and discrimination whilst walking down the street, which begs the question, why are they so damn angry?

The depths of Nutrition Twitter is a scary place, full of vicious conflicts over the minutiae of how food might affect our bodily health. ‘Might affect’ is important, because very little is absolute when it comes to nutrition, which is the root of the problem. It’s impossible to answer a question with absolute certainty when the answer is ‘probably’.

Paralells to Dante’s Inferno are entirely justified, as users aggressively PubMed-bomb evidence on their rival before accusing them of possessing the knowledge of a three year old. There’s always an expert with an opposing opinion on Twitter and searches for hashtags such as #LCHF or #keto should come with the warning ‘abandon hope all ye who enter here’.

You might find people who have adopted anger as part of their identity, such as the Angry Chef, Anthony Warner, who built his writing career being angry about food.

Warner is like a cross between Victor Meldrew and Anthony Bourdain, without the louche charisma of the latter. The Angry Chef’s initial target was clean eating, which swept Instagram a few years ago and Warner has since moved to other issues in the food world such as fat and social injustice.

Clean eating was obviously a sham, especially when it applied strict dietary rules based on little more than positivity quotes and snapchat filters. Yet, even these linen-clad clean eaters were partial to occasional torrents of venomous fury.

A well-respected dietician was verbally abused whilst speaking at a literary festival and left the stage in tears, after questioning a clean eating author’s ridiculous advice not to eat ‘brown food’. Facetuned influencer positivity isn’t strong enough to mask the latent fury that lurks beneath.

Why does food invoke sheer rage in people? Why are some people ready to scream in apoplectic rage at foodie opinions which contradict their own?

Anger is a normal, natural emotion that exists in all of us. If a waiter spills soup on the silk sleeve of your outfit, it would be reasonable to feel angry. If the courier leaves your package out in the rain and your Masa Harina gets soaked, it would be absolutely normal to get angry.

Food is also something that we all experience, to sustain life. We must eat, if we want to live. Without food, we would die, a fact which puts a lot of pressure on delivering the right amount into our mouths each day.

Yet, as far as I can see, none of the angry nutritionists, chefs or clean eaters appear to be facing direct offronts around food. Their anger seems to come from somewhere else, from a need to be correct and prove their beliefs are right, above all else.

The lady visiting the food bank didn’t want tins of food, biscuits, or breakfast cereals. She asked kindly if there was any possibility of getting some chicken and fresh vegetables, that’s all she really wanted. Luckily, this food bank had a scheme with a local butcher which allowed us to give her a £5 voucher for fresh meat, but we couldn’t help with the fresh veg.

We talked about what food and money means to both of us. She was struggling to feed her family, but she wasn’t angry. In fact, I didn’t see one angry person at that food bank. Yet, middle class people living in houses with mortgages and fridges full of food appear ready to petrol-bomb parliament over Heme iron levels.

Middle Class anger is a thing. The World Economic Forum refers to the ‘Middle Class Crisis’, as the central socio-economic band of society feels squeezed and ignored.

Do nutritionalists face hate when they walk down the street? Unlikely. Is the Angry Chef nutritionally oppressed? It doesn’t appear so. Were clean eaters a marginalised community? Nope.

It seems that none of these people are facing oppression in the area where they vent their anger, which begs the question, is anger around position in society finding an outlet in nutrition?

The foodie topics which incite anger do not threaten people’s individual ability to eat or live a happy life. The anger appears to be petulant “NO! You’re wrong!” kind of anger.

Unfortunately, anger is a sneaky beast which can appear inappropriately. For example, when liars are confronted, or when repressed emotions look for an outlet, or through an underlying sense of not being heard. Just like the middle class crisis. These are the people who voted for Trump. 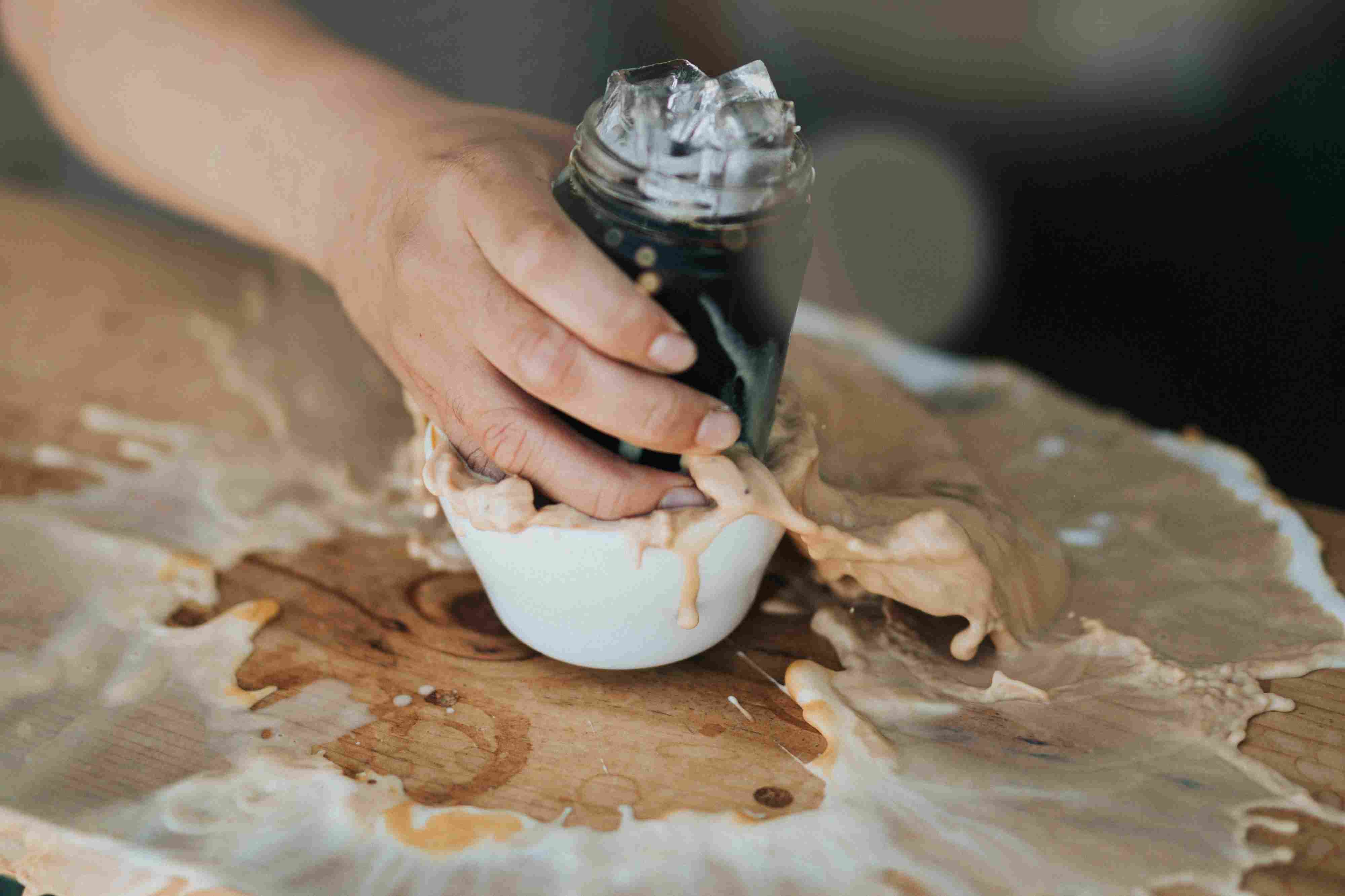 Propagating ideas through narratives of anger rarely helps anyone, apart from the angry person. The most successful movements in food are built on happiness and the positive pursuit of a better life, rather than anger and hatred.

Clean eating became popular because it was an attractive message. People follow diet plans because they offer hope and happiness. Conversely, anger and hate are not stable foundations for positive movements.

If you want to be someone who spreads anger about food, then go ahead, you do you, go and get raging about avocados or rye bread. But remember, the world needs less anger and hate, not more, and the world of food won’t improve simply by screaming at it.

There’s a better way to talk about food and create change. It’s far more difficult than getting angry or using the word ‘fuck’ in your blog posts.

Be the person who leads change with positivity and hope for an amazing future, rather than holding on to perpetual anger and rage at an unchangeable past.

How do you want people around you to behave? Think how you want to be met in the world, then be that person. If you decide that you want to be surrounded by angry people, then be angry.

If that’s the case, then maybe it’s best you stick to Nutrition Twitter too.

This article was originally published in Brain Food Magazine