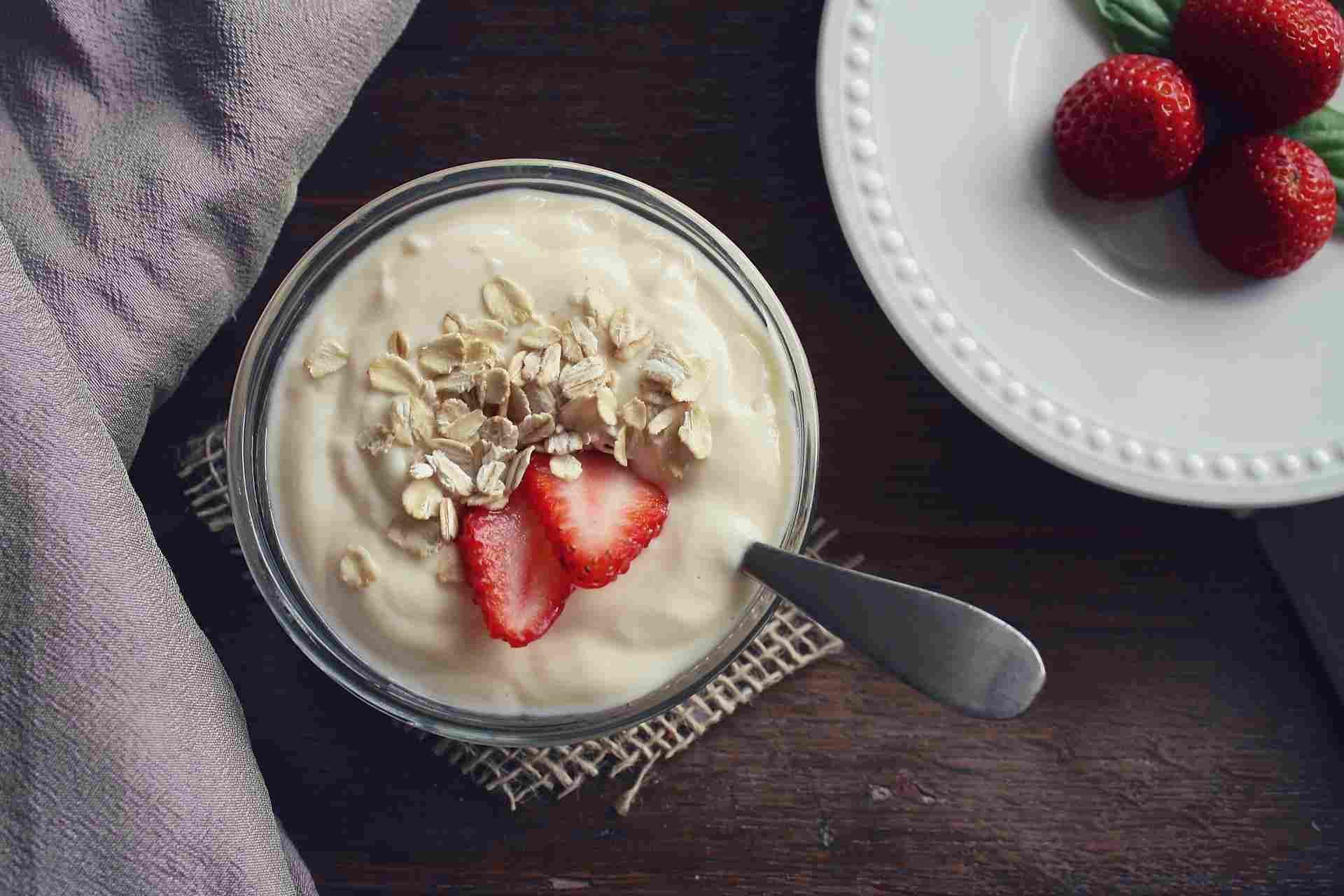 Aisling Flanagan is a woman on a mission – to get you to eat sheep’s milk yogurt. It has nothing added and nothing strained away, and is a great dodgy-belly pacifier.

Sheep’s milk also has a higher nutritional profile than cow dairy milk and suits many with cow dairy sensitivity. Essentially, it’s an alternative to cow dairy, but with all the benefits of cows dairy. Aisling and her husband now farm sheep in Ireland and sell the milk as yogurt and cheese through their brand, Velvet Cloud.

I met Aisling Flanagan, two years ago this very weekend. It was a hot morning and I was at the Sheridan’s Annual Irish Food Festival. Aisling was there to showcase the first batch of her now well established Rockfield cheese.

It was love at first taste for me. It’s a cheese that does particularly well when eaten with a bit of black cherry jam. But this post isn’t about cheese, it’s about Aisling Flanagan and her fantastic business acumen.

Aisling is well regarded by the chefs of Ireland and you find her cheese or yogurt in all the best kitchens. Whilst she doesn’t run the business by herself (it’s a family affair), she is the face and driving force behind its success.

What I admire most, apart from the products (I cook with both on regularly), is her social media flair. She does simple morning and evening tweets. “Good morning, Mayo” she’ll say as she attaches a video of the view from her field in Mayo. I am here for this wholesome and bucolic content.

I’m talking to women the Irish food industry. How did your career path bring you here?

When I finished college, I got a job with Bord Bia – the Irish Food Board – on their graduate development programme and started out in their Milan office.

I was fortunate enough to spend ten fantastic years working for them first in Milan and then in Paris, which as you can imagine, was an amazing introduction to the food industry, but also to great culinary cultures.

Our first child was born in Paris, and with a second baby on the way, we decided it was time to look to move home to Ireland, which we did in 2000. I moved from the world of food into the world of advertising and branding, and eventually set up Arms Marketing, a marketing training and consultancy business.

We then moved back to Co Mayo where Michael my husband had grown up on a traditional dairy and sheep farm.

It had been while we were living outside of Ireland that we noticed the prevalence of sheep dairy products. We often asked ourselves why, with so many sheep in Ireland, there weren’t more people milking them?

There was also an increasing interest in health and wellness and more specifically in gut health, the importance of the microbiome, and an increasing awareness of food intolerances and food allergies.

During our first years back on the farm we started to look into the idea for our brand, Velvet Cloud, a bit more. We did a lot of market research, and sure enough all of our research seemed to point to an opportunity.

Our first product was Velvet Cloud sheep’s milk yogurt, which is now available in over 100 retail outlets across Ireland. Our newest product is our Rockfield semi-hard, three-month-matured sheep’s cheese.

How does your career fulfil you?

Every day is different, so I am never bored, which for me at any stage in my career was always an important driver. Because Velvet Cloud is still a very young business and still effectively a start-up, it is fulfilling to see the progress we have made in three short years.

However, we have a long way to go to make it a truly sustainable successful business, so facing that challenge in itself in is fulfilling.

What are your professional ambitions? What’s next for Aisling Flanagan?

It’s all about growth now. We’ve proven that there is a demand, now we have to exploit it and scale the business. The unique properties of sheep’s milk gives us the chance to offer a cow dairy alternative to an ever-expanding market.

With a sheep dairy its not as simple as turning on and off a tap to increase volume – you have to plan everything well over a year in advance, because you have to increase your flock size, start breeding, start milking, increase production capacity etc.

We plan to get that growth through retail and food service. Our aim is to get a national listing in retail here in Ireland and also to grow our food service business, which is already a significant part of our sales. We also want to grow exports; we are currently exporting to the UK and there are a lot of positive discussions going on regarding markets in Asia.

In your opinion, what challenges do women face in the food industry in Ireland?

I don’t think women in the food industry face any significant challenges specific to our industry. We are often our own worst enemies, when we don’t have the self-belief that we can achieve.

I haven’t faced any gender related challenges, and in fact I think many women have strong levels of emotional intelligence which makes them very good at relationship building, which for me is the number-one skill needed to progress in any industry.

Name one woman in the Irish food industry who consistently inspire you and why?

I have to say it is Myrtle Allen, RIP (a chef widely credited with having established a new, modern era in Irish food). I met Myrtle when I was a young woman working in Italy – she had come to Italy for a food fair and I was charged with driving her around the country.

She was so gracious, kind and modest, yet everywhere we went it was clear that she had garnered enormous respect within her personal and professional network.

Myrtle had a vision and belief in Irish food produce, and worked tirelessly in such an unassuming way to achieve that vision, how could that not inspire?

What do you think can be done to help raise the profile and visibility of women in the food industry in Ireland?

As I said before, I think women are often their own worst enemies not having the belief in themselves, so I think it’s beholden to women who are already visible in the industry to encourage and mentor other women who may be starting out.

Women can and are achieving great things, and their stories are often fascinating, which makes for great media copy and therefore more profile. However, I am not entirely comfortable with focusing on raising the profile of women because they are women, but rather because they are great achievers, or have great potential.

What was the proudest moment of your career so far?

In my Velvet Cloud career, it has to be winning a Euro-toques award for innovation in dairy which was a huge boost to us so early into the business.

These awards can’t be entered – Irish producers are nominated and voted on by some of Ireland’s best chefs. Since then being part of that Euro-toque community has been hugely helpful in building our reputation.

What advice would you give your younger self?

Don’t sweat the small stuff. Grab every opportunity so you don’t have any regrets, but always be kind along the way and don’t burn any bridges.

What are the top skills required to do your job and why?

High levels of emotional intelligence. In my job you meet and interact with people from every walk of life, in such a huge variety of roles, from executive chefs to international global buyers, to independent store owners, to farmers.

They are all part of your personal and professional network, so to understand the importance of that network as early as you can in your career, is vital. Also given the early stages Velvet Cloud is at currently, resilience is key.

What would go on your ideal cheeseboard?

You know you are going to get a very biased answer here, so that’s not a really fair question! Isn’t it wonderful that I don’t have to go beyond Ireland to pick my ideal cheeseboard though?