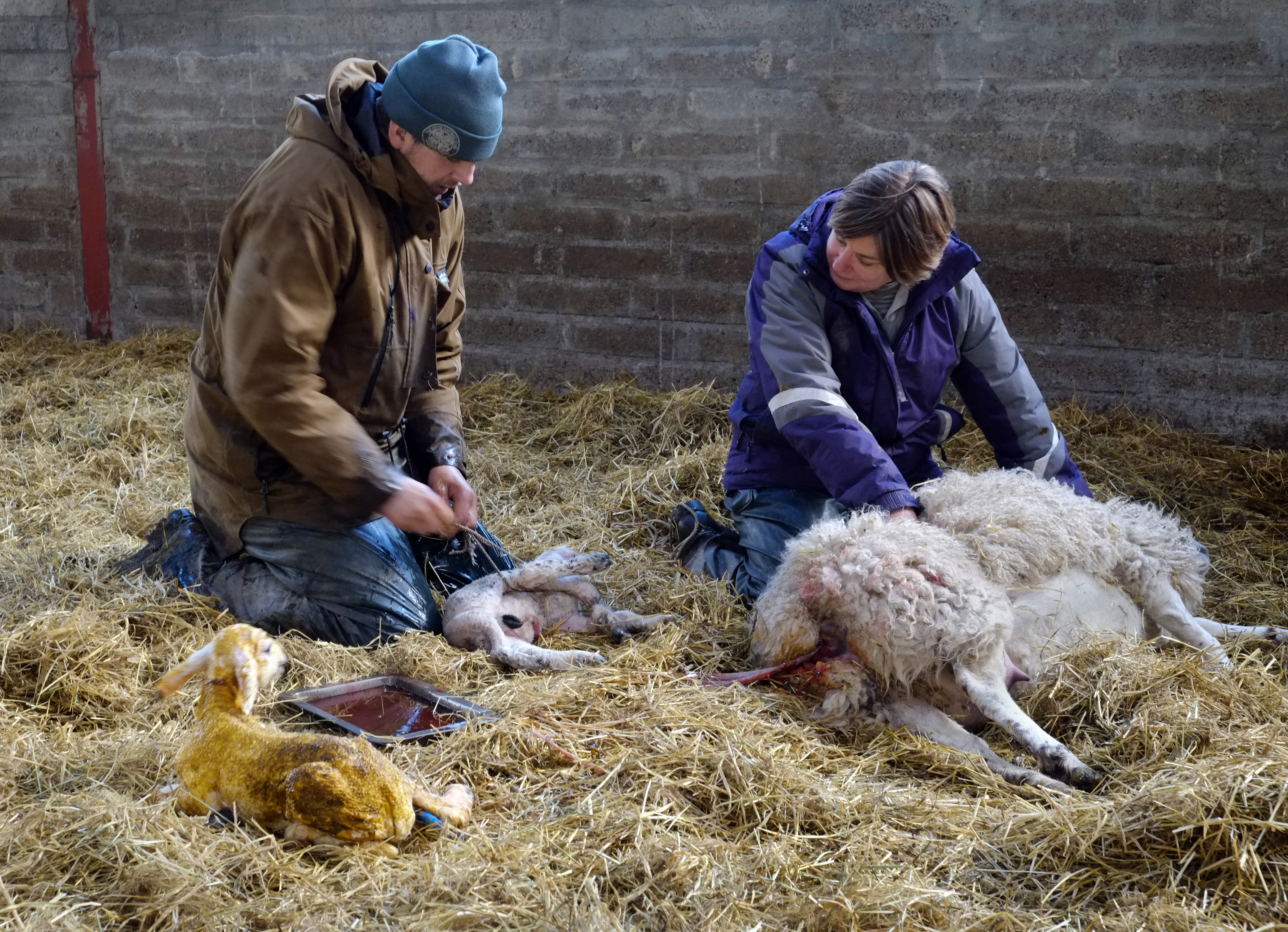 What is ‘twinning-on lambs’? Why do farmers do it? And how does it work? Young farmers Isla King and James Rock from Scotland, explain.

What is twinning on lambs?

Twinning-on a lamb is process of taking a triplet or a pet (caddy) lamb and giving it to a ewe with a single lamb. Effectively, we are looking for a ewe to adopt a lamb that isn’t her own.

Why do we twin on lambs?

Ewes only have two teats and therefore it is difficult for a ewe to rear three lambs successfully. It may seem harsh to take a triplet lamb away from its mother, however, twinning on gives the third lamb an opportunity to thrive and potentially it’s best chance of survival.

How do we twin on lambs?

This year we have the cross ewes expecting single lambs and triplets split into separate pens in the top shed. In order to twin-on successfully it is important that adoptee lamb is presented to the ewe at the earliest stage. When an ewe expecting a single lamb shows signs of lambing, we need to be prepared. Sometimes there isn’t very long to get ready, but it includes the following: 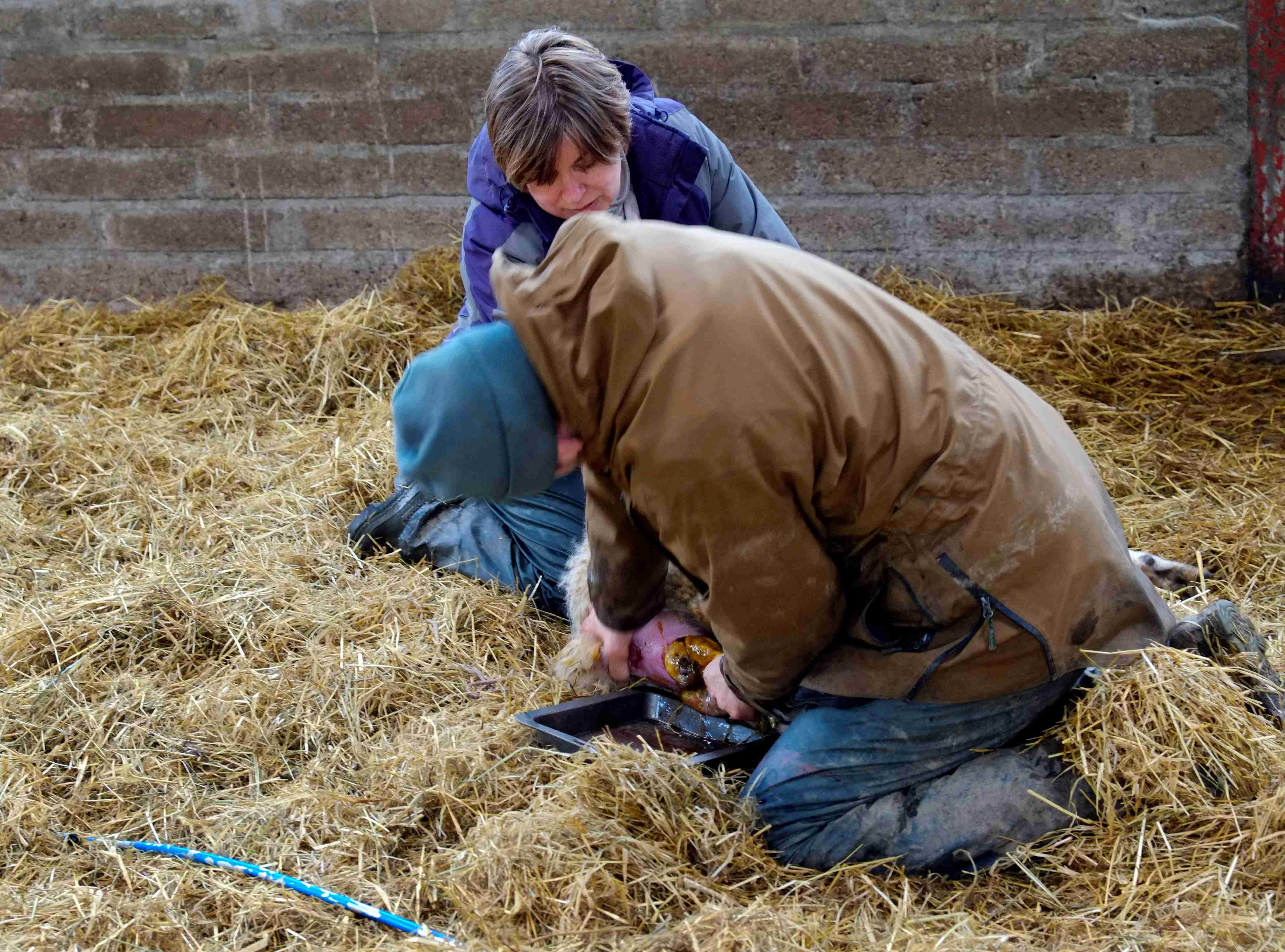 Once an ewe has began to show signs of lambing, we lie her on her side so that we can assist her in lambing. A tray is carefully placed underneath the ewes vulva to catch the afterbirth – this is important for later in the twinning-on process. 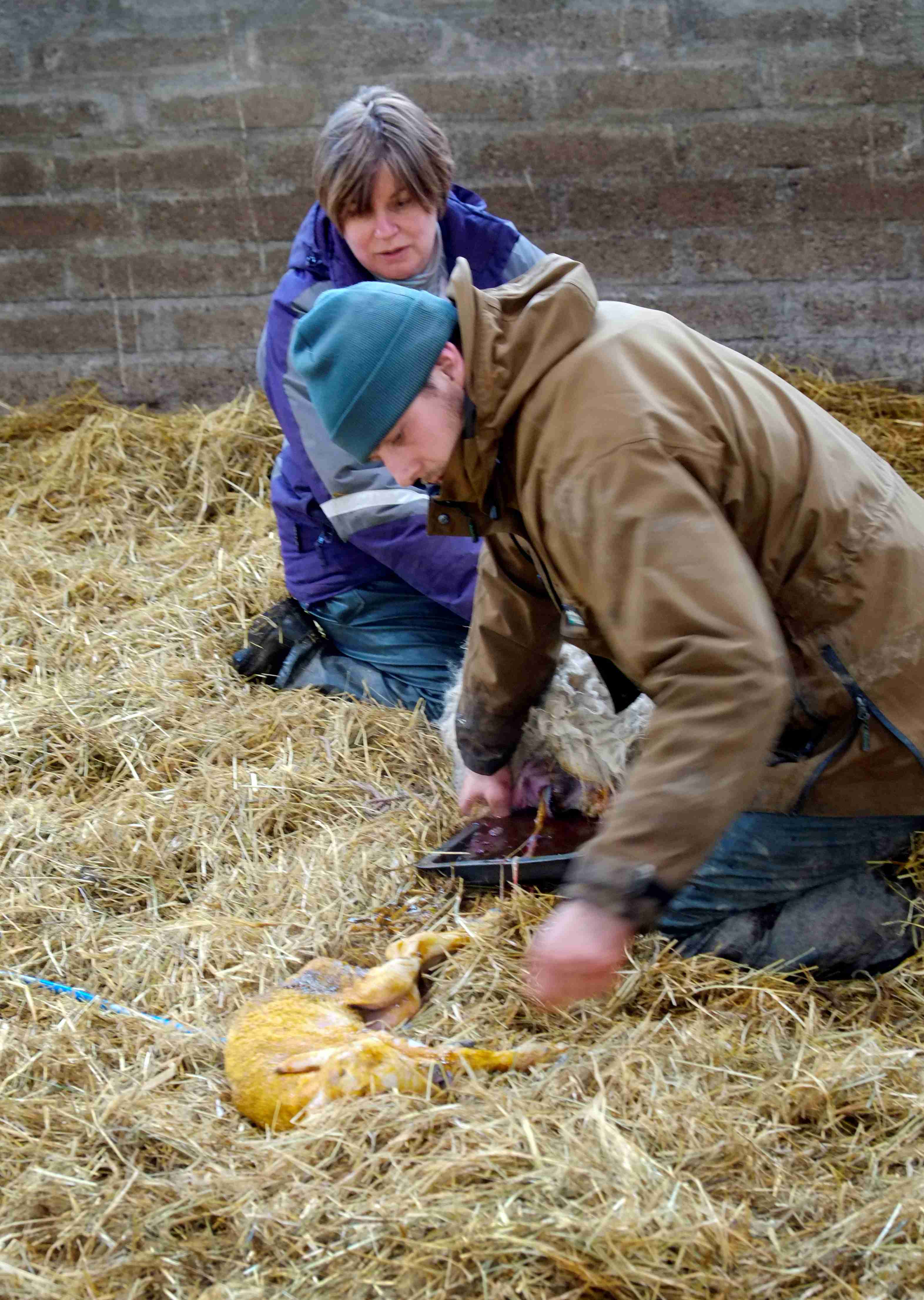 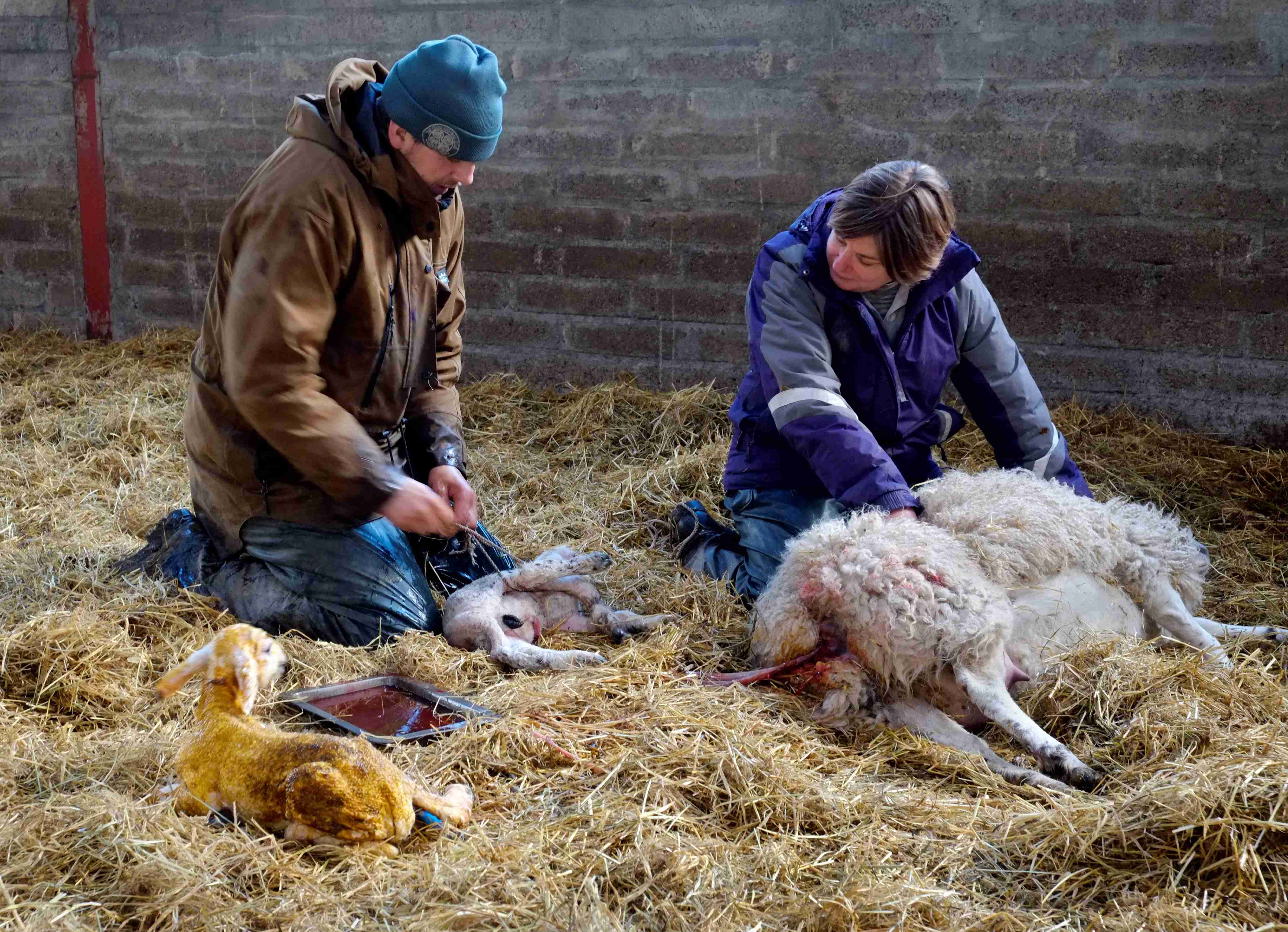 The legs of the adoptee lamb are tied together – this may seem cruel but it does not inflict any pain on the lamb. The legs are tied because the adoptee lamb is often older and already able to walk which may make the ewe suspicious.

The legs are also tied together to stop the older lamb from taking all of the colostrum from the ewe before the new lamb has the opportunity. Colostrum is the first secretion (milk) from the mammary glands post-birth and is rich in antibodies, so it is vital that all new lambs receive colostrum as soon as possible. 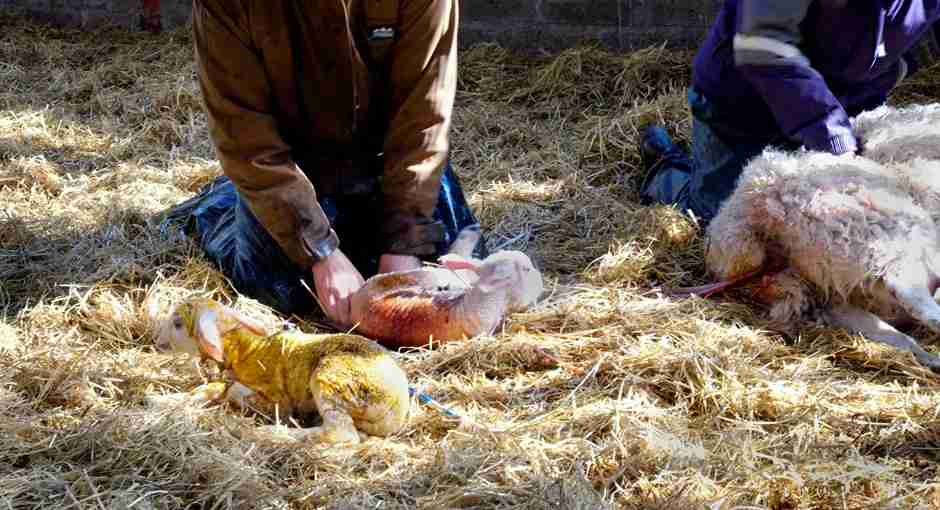 Next the adoptee lamb is washed in the afterbirth and fluids collected from the ewe. This is done to make the lamb smell of the ewe, tricking her animal instincts into thinking that the lamb is in fact her own lamb.

Giving the ewe her lambs.

It is important to give the ewe her adoptee lamb first to prevent her becoming distracted by the stronger scent of her own lamb. 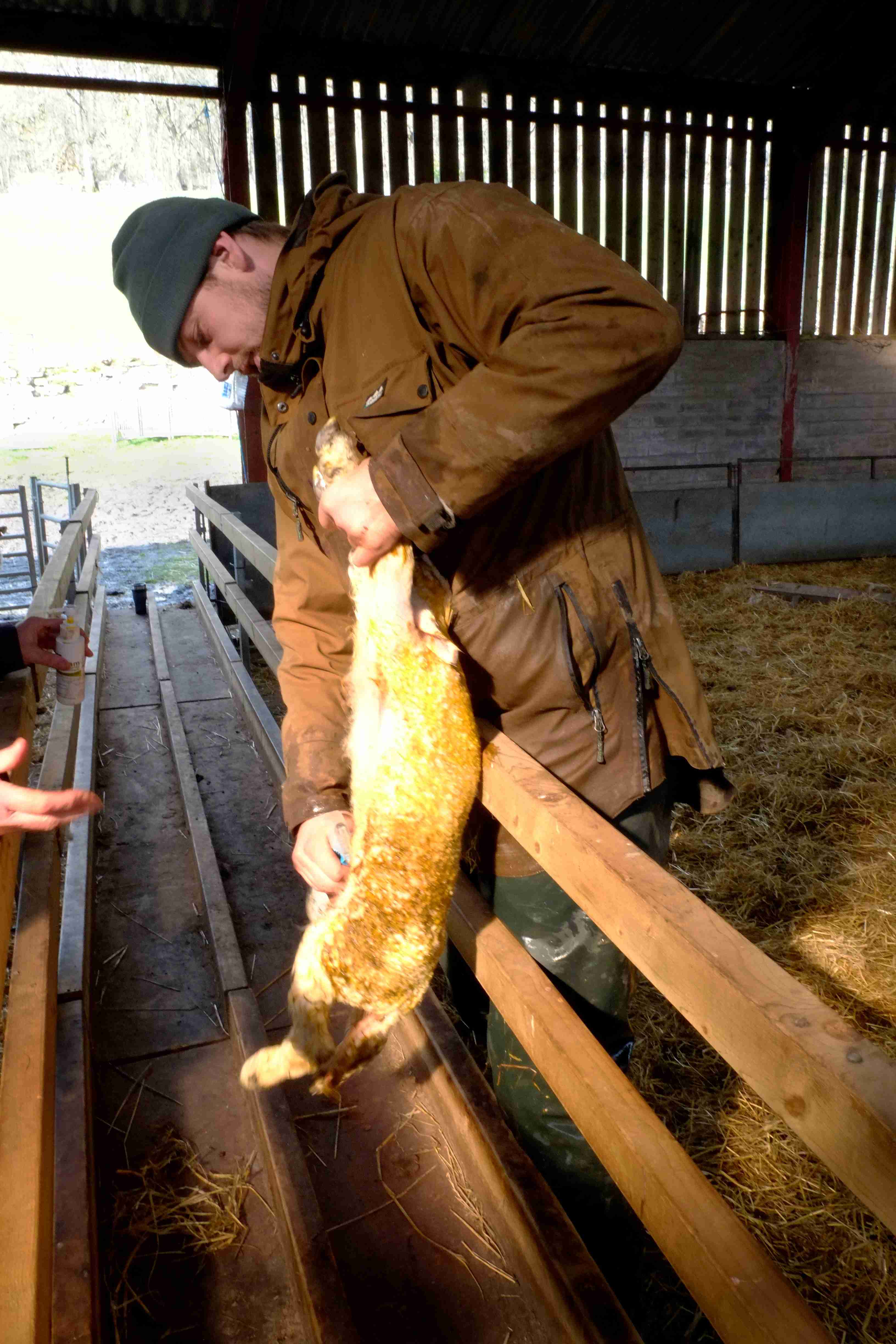 Whilst the ewe is bonding with her adoptee lamb, iodine is sprayed on the new lamb’s navel to prevent infections and Spectam is given as an oral solution to prevent the lamb developing watery mouth.

Watching from afar, we will make sure the ewe is licking her adoptee lamb, which is a sure sign she is happy with it! It is important not to wait too long before putting the new lamb with the ewe to make sure the ewe doesn’t reject her own lamb. Once we have seen the new lamb on its feet and sucking from the ewe, we will remove the ropes from the adoptee lamb allowing it to stand and suckle too.

And that’s how you twin-on a lamb!

Thanks goes to Martin from Pitnacree for visiting and catching the whole thing on his camera. If you have any questions, please feel free to contact us at rockking.agriculture@outlook.com.