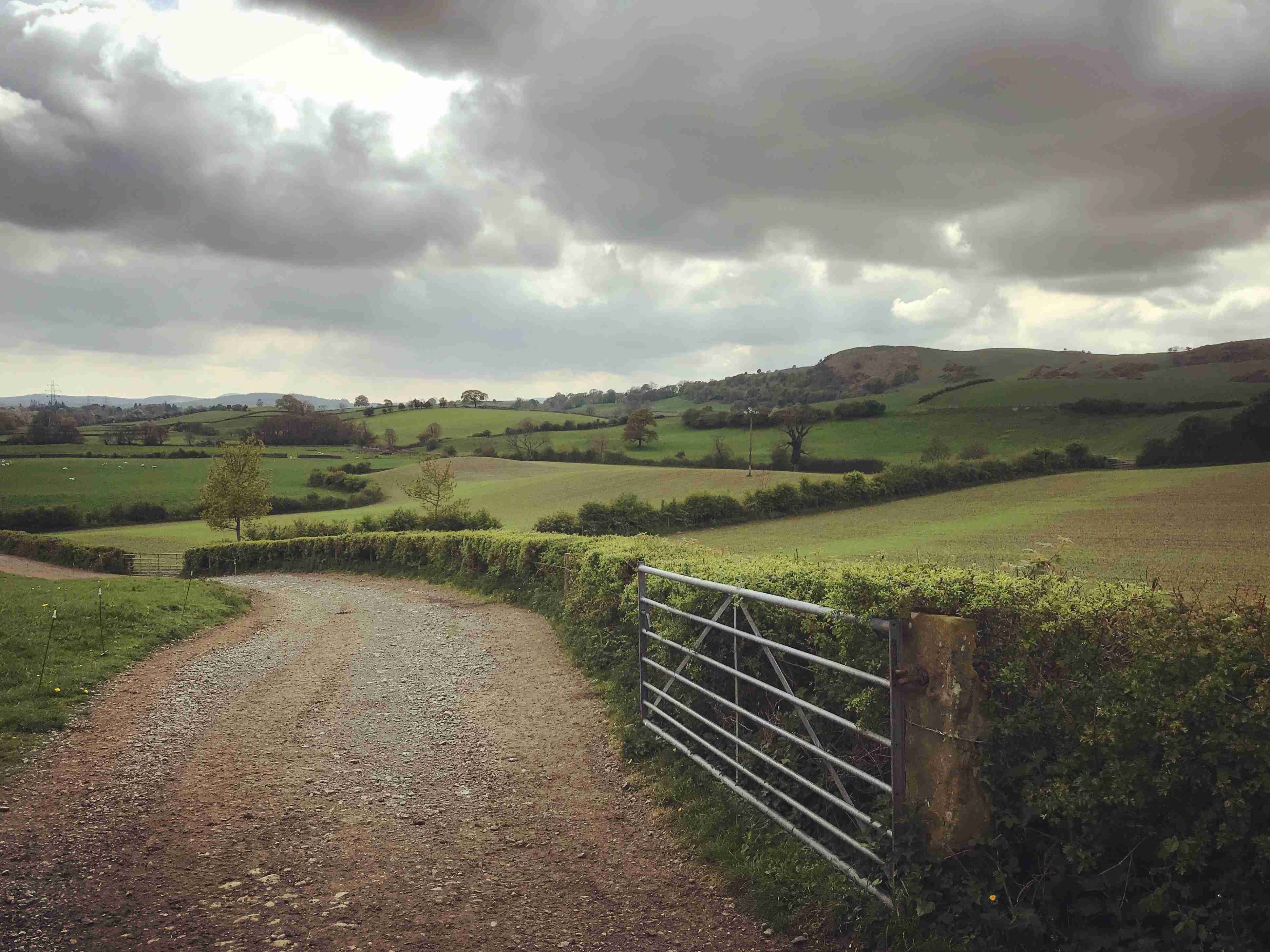 Every field has a story, a memory. Every corner, wall end, and gateway.

I’m stood on top of Wellbank, the hill just behind Strickleyyard, leaning on the broken limestone gate stoop and looking down towards the bottom end of our land. Beyond our furthest field, above the oak tree that sits in our last boundary, the sea glints in the morning sun and reveals itself as a bright sliver of light.

It’s a nice spot to stand: Most of what I can see is owned by us, each one of the fields has its own name, passed down from the previous four generations of my family. Some names go further back still, to a time before machines and the modern English language.

To the left of my view is a small, two-and-a-half-acre field, long and narrow with a steep breast at the nearest end, called The Hagg. The name hasn’t any significant meaning to our family – it was already named when my Grandad bought Over Bleaze, the neighbouring farm, in 1958.

It very likely comes from Old Norse and means an area of a wood where trees were felled – it’s amazing to think that it could have carried the same name and be passed down through its owners for possibly a thousand years.

On my right, to the south of our house, is the Teapot Field, its gentle south facing slope is bare soil now, newly sown down to a mix of barley and pea to provide winter feed for our cows. It’s the perfect field in the perfect place; dry enough for heavy tractors in the middle of a wet winter, but still able to retain enough moisture and never drought in the driest of summers.

Its name is due to a Robinson. My Great Great Grandfather was an expert root grower, he exhibited at many local shows and the roots from the field to the south of the yard were good enough to win a silver teapot.

I first learned to drive a tractor in the ‘teapot field’, my son Robert has done too. We also had a small caravan site there until 2001, but the smell of holiday makers cooking bacon after a long early-morning breakfastless shift, was torture. Combined with the devastation and movement restrictions of Foot and Mouth disease, we made the decision that 30 years of caravanners sharing our farm was at an end.

If someone showed me a close-up photograph of 20ft of hedgerow I reckon I’d be able to tell them exactly where it was taken. Spending a lifetime working the land means that you know every minute detail. It’s a memory bank of images and knowledge, which helps to form every decision we need make to farm the land to the best of our ability.

When my expert root growing GG Grandad arrived at Strickley in the spring of 1875, he probably took a walk up to the point where I’m standing, probably leant on the same gate stoop and looked down the valley at the land below, and he would have seen most of what I can see today.

Our farm and its close neighbours are extremely lucky to have most of the field boundaries still in place as they were in the late 19th century. There are big ancient hedges with old dry thorn stocks and holly trees, the latter of which gave Strickley its name. These provided winter fodder so valuable that the youngstock on farms were fed the poorest feed, the best stuff going to the horses and the adult cattle.

Holly was cut and carted to the cattle, as it was the only green hedge through the harsh winters. The name for this feed is ‘stirk-hay’, stirk (or strick), being the local name for young cattle. ‘Stirk-hay’ became ‘Strick–ley’.

Behind the Teapot Field and its neighbour, ‘The Crow’,  is a nameless field, one which we only added to the farm in June last year. We bought it with 62 acres – all the fields carried names from Ernie and Mary Wilson, the land’s late owners, such as Whinny Lot, Adam Field and Rabbit Hole.

But this one was one of three fields which included the name Bank, and we already have a Front & Back Bank from the Over Bleaze land. So, we’re not calling this one Bank at all, we are going to come up with a fitting name for it.

From where I’m stood it stands out and looks a showy field, sloping eastwards down towards Beehive Beck and a small wood belonging to our neighbour. We’re in no rush to come up with a name, its not like we have to register its birth at the registry office.

No, we will take our time with it. No field was born with a name, even though they were originally created by forming a stock-proof boundary. The name could well have taken years or even generations to become part of the farm’s natural language.

Whatever we call it, it will be its name for future generations, so we’ve got to get it perfect.

It’s hard not to get wrapped up in the past, it’s taken my family five generations to get to this point at Strickley. And I’d like to think there will be another five generations putting their mark on it too.

Some of the field names may get forgotten or changed, but in a hundred years, one of them will lean on the same broken gate stoop as me and look down the valley at all the fields they work and love.

*James Robinson farms at Strickley Farm in Cumbria, norther England. His family have lived and farmed Dairy Shorthorn cattle there since 1875 and became fully organic in 2006.