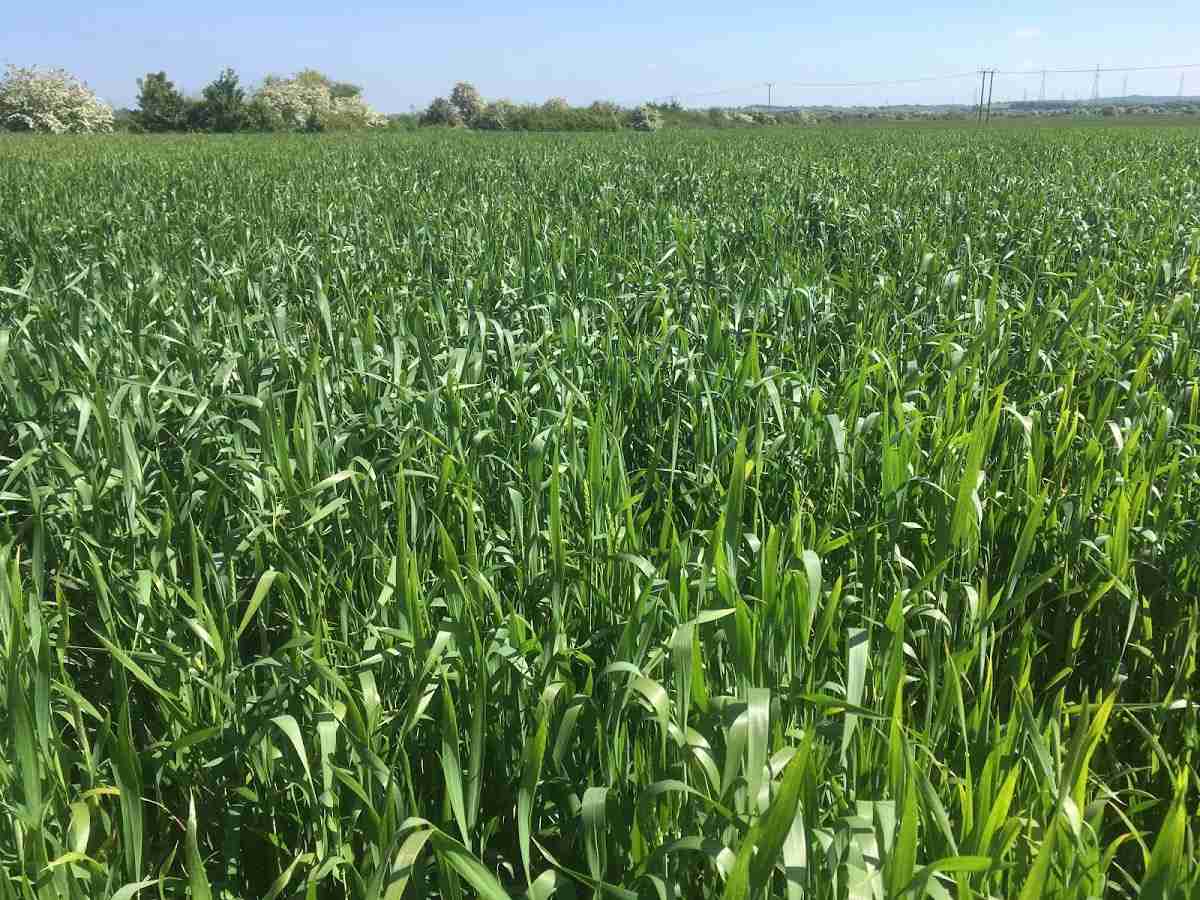 The farming year has both all-but finished and started as I write this.

All that we have left to get in the shed is a five acre trial plot of food-grade buckwheat that I am growing for a fantastic little company called Hodmedods (if you are passionate about British produce, sustainability and self-sufficiency you should definitely check them out). 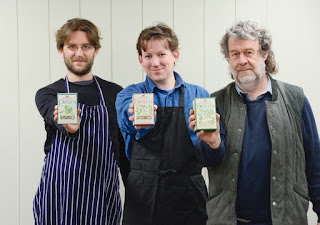 As is always the case with farming, we are looking ahead, and the oilseed rape is growing (planted in the third week of August), doing its best to avoid those pesky pests – the slug and the cabbage stem flea beetle!

As a farmer with a zero-insecticide policy, the second pest requires a little bit of faith (and dare-I-say luck!). 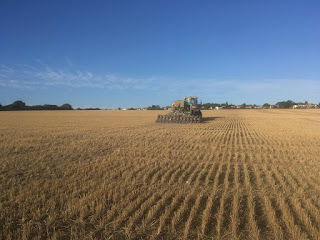 Unfortunately, we are still blighted by two big, and sometimes expensive, nuisances of modern farming:  The hare coursers are out and about, and if you see them on the farm I urge you to please contact the police immediately and most definitely don’t approach them.

We are also still ravaged by fly-tippers; the latest spate being in used-tyres, having been hit by 50 tons of demolition rubbish previously.  Delightful. 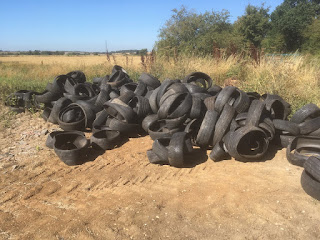 I do hope that everybody enjoyed the delectable, resplendent show of crimson clover flowers that we had on offer in May this year, next to Marsh Lane (a field we know of as “Spratts”).

A cover crop was seeded immediately after the haylage crop was harvested.  Unfortunately it received no rain for the first seven weeks of its time in the ground, so it has only now decided to grow!  At least the wildlife is finally able to enjoy its food and shelter benefits for another few weeks, until we establish the wheat. 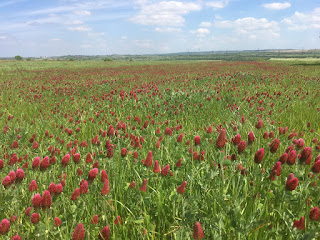 Besides the buckwheat trial (seen with a lovely white flower at the bottom of Marsh Lane), I also trialled lentils this year (a plant which is not typically grown in the UK).

Like the cover crop they also received virtually no rain, but produced twice the amount of seed that went into the ground so I’ll have another go next year (fingers crossed for more clement conditions). 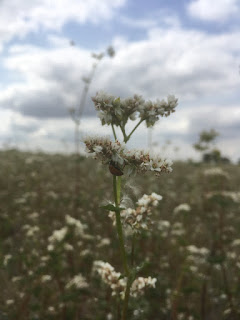 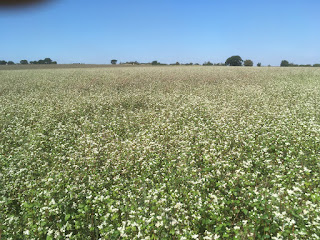 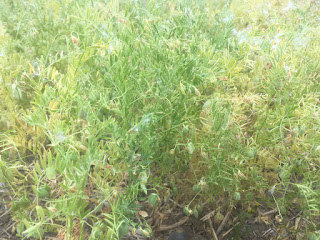 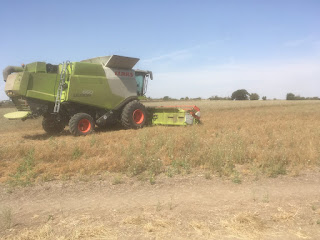 I also grew a speciality organic wheat population.  Conventionally, every plant in a growing crop in genetically identical.

In terms of “harvest-ability” and providing what the mill wants this is obviously great. But in terms of dealing with disease, pest pressures, climate etc, it isn’t very good.

So this year I tried Wakelyns population wheat (known as “YQ” if you’re a hipster baker).  The idea is that since every plant is genetically unique, the overall population is very resilient to those issues suffered by a conventional variety.

And over the course of a number of years, evolution will adapt this in such a way that it really loves to grow on our soil type and with our climatic conditions.

I grew this population with virtually no inputs (no fertiliser, no insecticides, no fungicides, no topical herbicides and no tillage) – as something of an eco-nut, this is one of the pieces of the puzzle that really excites me. 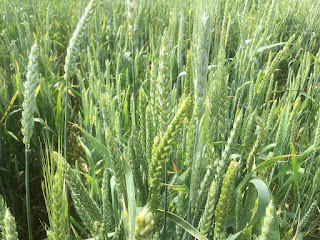 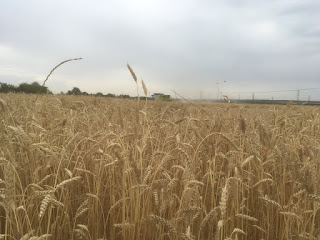 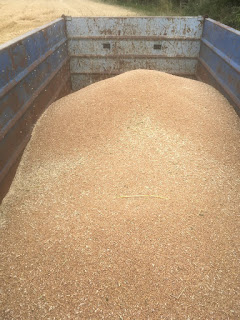 The cool thing is that these ancient plants from which the population is derived are super tasty – much more so than a modern variety – and since it will evolve to my soil, there will be a “taste of Fobbing” flour.

I don’t claim to know much about marketing, but that sounds like a pretty good slogan to me.  Some of the wheat from this trial is destined for “E5 Bakehouse” under the arches in Hackney, London and I will also be milling some flour myself (perhaps even baking some sourdough!).  So if you’d like to try some “Fobbing Farms Flour”, please ping me a message – details below. 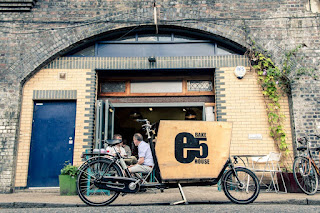 If you have any questions please let me know, and I will do my best to answer them.

I use Instagram and Twitter (with my handle @farminggeorge) and I’d be absolutely delighted if you follow me to keep up to date with the goings on at Curtis Farm.