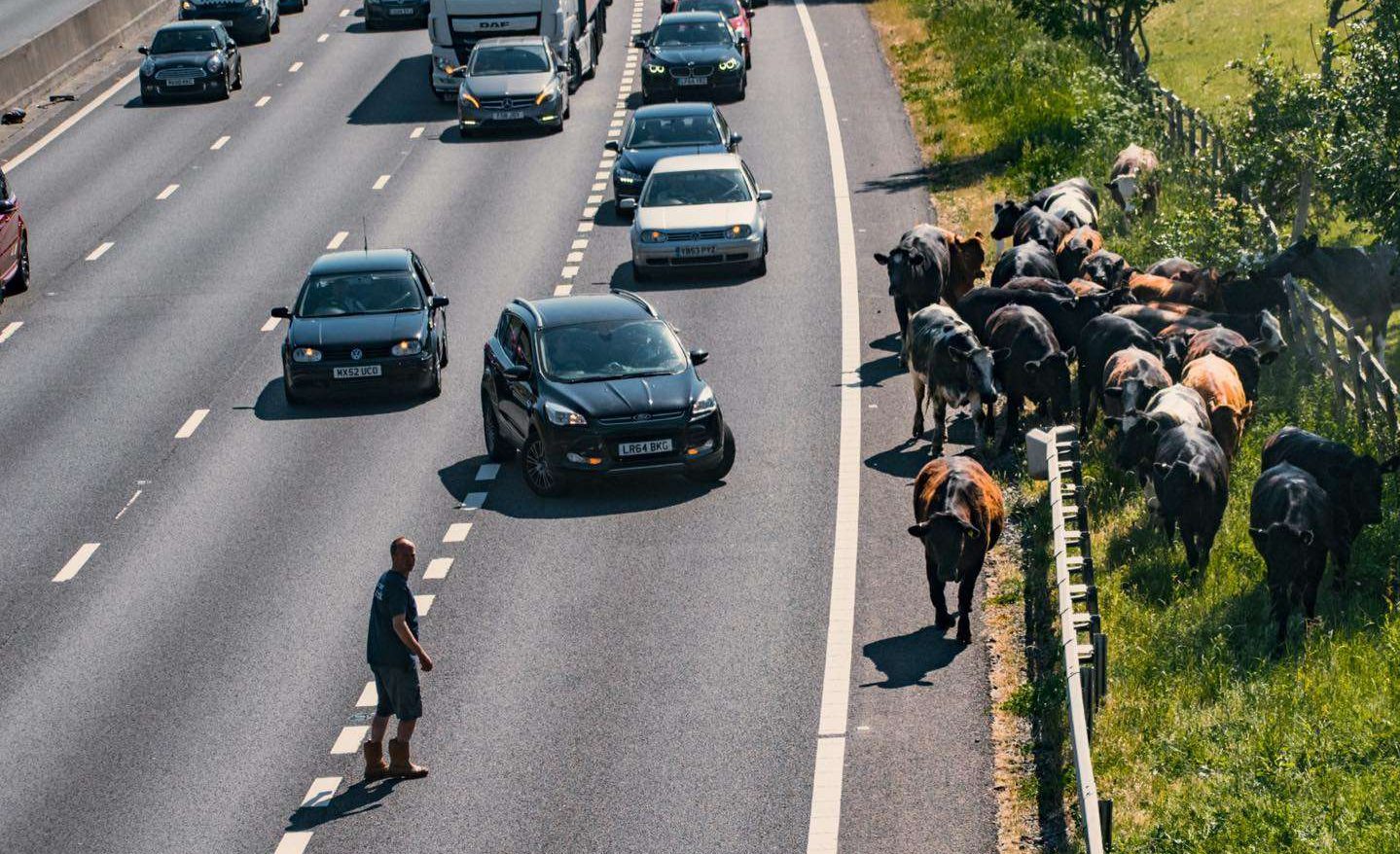 It wasn’t the way I had planned to spend my Sunday, herding 35 of Flower Farm’s cows to safety after they escaped through a damaged fence on to the M25. But in May, that’s just what happened.

Traffic was held at Godstone, just before Junction 6, after the cattle started to make their way towards Clacket Lane services.

I was in the field at the time of the escape and leapt into action, and with the help of my farm team and a neighbouring farmer who were only 10 minutes behind me, we managed to herd the cows back to safety.

It was a major relief when we got them back and, most importantly, there was no injury to the animals and no accidents. There were obviously delays, but thankfully no one was hurt.

The M25 was shut in both directions as we initially rounded up 27 cows.

Eight were then found a mile from the farm, near Clacket Lane services, after a member of the public phoned the police and the motorway was shut for a second time.

Could it have been vandals?

Sadly we don’t know who damaged the fence, with routine checks, we can only assume it had been damaged by walkers, or vandals. We know there has been an increase in this, with more people walking and using footpaths.

It’s frustrating, and we’re very lucky that I and another member of my team were in the field that day and at that point when the cows started to get inquisitive.

I’d like to give a big thanks to the Highways Agency, and a number of quick-thinking motorists who positioned their cars to help block the cattle’s escape route, and even one lady – who was a farm vet – got out to help.

About Patrick and his farm

Flower Farm has been owned by the Deeley family since 1974. The 150-acre farm has pick your own fresh produce, turkeys, beef cattle, and free-range chickens. With a farm shop, tea room and microbrewery, Flower Farm is home to Godstoneberry festival, Oktoberryfest, Jingleberry and a number of other events throughout the year.

Flower Farm’s online food delivery and collection service which supplies 6,000 people a week was established in response to COVID-19 on 18th March 2020: www.flower-farm.co.uk.