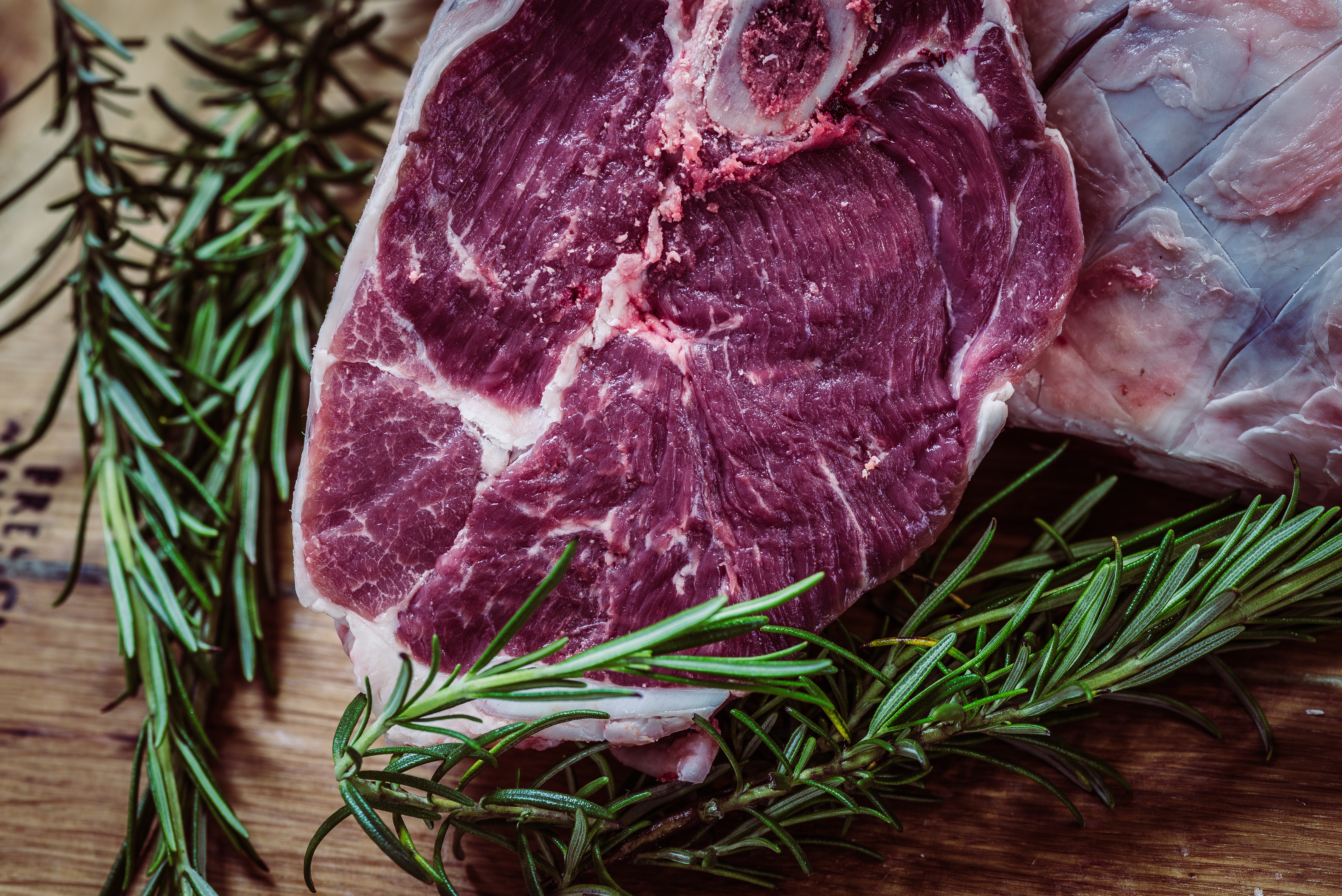 For the last two weeks, my life has been filled with beef – literally. After deciding that we were dissatisfied with sending our cattle ‘up the road’, getting a cheque back, and not knowing anything more about it, we decided to bite the bullet and dip our toe in the water of direct meat sales – connecting directly with our local customers.

The fear of the unknown made it quite hard for us to get started, but once the heifer we had decided was right for the job was ready, we knew we had to go for it. What was the worst that could happen?  We could end up with a freezer full of beef!  I’d take that.

So having been through possibly one of the biggest learning curves of my life, taking our beef product literally from our farm to people’s front door. I wanted to share some of the key take-aways from our experience and what we’ve learnt.

1. One bullock produces a LOT of meat

So here comes the geeky part:

Trying to work out what we would have to sell, ahead of the meat being ready, was probably our biggest challenge. We had a good idea about what she would weigh and the amount of kgs of meat we would have, as it works out at roughly 2/3 of the carcass weight.

But the missing link was knowing how many sirloin steaks we would have to sell, for example. We entered into it with our best fag-packet calculations and hoped for the best.

We actually weren’t too far wrong, which was encouraging, because we had managed to find an article online which allowed us to work out the percentage of each cut you could expect from the total weight.

Here is a rough guide to the kgs we had, per cut, across the carcass:

The exact number of steaks or joints will then depend on how you butcher them.

2. Learn which cuts are which

I have to confess that when going into the process my knowledge on this was incredibly limited – yes we all know where the rump is, thanks to Beyoncé, and most of us know where the ribs are.

But I wasn’t familiar with all of the different cuts – where they sat on the carcass and how best to cook them.  Mainly because I usually leave the cooking down to the chef – my husband Ed.

Whilst I found the image on this link useful, it didn’t give me all the information or detail I needed. I’d never heard of a ‘boxeater’ or ‘flank’ on the bone joints before – both of which are my new favourites, as they’re great for slow cooking and have good fat-coverage, making them full of flavour.  They’re both excellent value for money too.

I didn’t know how our decisions to butcher the carcass would effect the quantities either, so when Jon the butcher asked me “what do you want to do about X?”  It was great to be able to talk this through with him and understand what it would mean against the orders we had, and how we were marketing the beef.

It’s worth saying that we butchered our carcass in two halves over 2 weeks, and we cut the first half  slightly differently to the second which impacted what cuts we had available to sell to our customers. So on the first we had T-bone steaks which took out some of the fillet and sirloin but was well worth it.

And then on the second week’s half, we had a lot of requests for special roasting joints for Christmas, so we split the whole rack of ribs in two for ‘centre piece’ joints – prime rib-on-the-bone. Which meant no rib-eye-steaks from the second half.

We didn’t do the T-bones on the second half either and instead did rolled sirloin for roasting and sold more of the fillet whole – perfect for posh pasties, A.K.A beef wellington.

It is no surprise really that the prime ribs were the hottest selling part of our carcass – either rolled, on the bone or as steaks. We didn’t have enough to meet demand, which got us all joking about how we should be trying to breed cattle with an extra rib or two.

Having seen the carcass and what meat comes from it, it makes sense now why farmers look to buy cattle who are long across their top line, as this is where all the prime cuts are and wide at the back, as it directly translates to the size of the roasting joints.

The other big sellers for us were the slower roasting joints, which seemed popular with our younger customers, especially the brisket 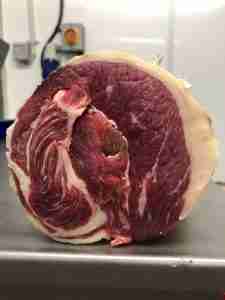 The stewing meat, a lot of which we diced and have had great feedback on. I suspect this is mainly because of the time of year it is. Who doesn’t love a beef stew to warm the cockles in winter?

The mince also sold well – it is a crowd pleaser and a key ingredient for lots of easy to cook, family meals.

Not only did Jon share his many years of experience and knowledge with us through the process which we are incredibly grateful for, he also made it fun!

He is extremely talented and takes real pride in what he does treating the meat with care and respect, ensuring that the beef is cut in a way that meant little waste and great joints.

Working with him made me realise that you can’t underestimate the butchery process in the farm to fork journey – it’s a real skill that many of us producers have to outsource. You need to get it right and work with someone you trust and is as passionate about it as you are. One slip of the knife can literally make a huge difference to what you’ll have to sell.

Thank you for being awesome Jon 👍🏻 looking forward to working with you again.

The main reason we decided to go on this journey was because as a new comer to the farm I found it difficult to get my head around the fact that we couldn’t tell you exactly where our meat ended up once the animal left us.

Who bought it? Did the people who ate it enjoy it? Had the killing of the cattle really been worthwhile?

It felt quite strange to me to send it off after years of care and not know those things.   I wanted to understand more about the next stage of the meat production process and ensure it was treated with empathy and respect through out that whole process.

Having direct interaction with customers who shared similar values to us and wanted to know where their meat came from and how it was farmed was amazing.

And the icing on the cake was getting the feedback from them to say they had sat down as a family for Sunday roast or on a Friday night for steak and chips and found our meat to be flavoursome and tender and had really enjoyed it.

‘That’s the reason we do this!’ I thought. And the whole experience has made me  genuinely proud to produce.

The last couple of weeks have been so rewarding and marks the start of a new journey for us on the farm.  One which we are really excited about and are determined to make a success of over the longer term. We won’t change our model over night as things don’t happen that quickly in farming, but we intend to continue to sell the finest of what we can produce directly to our customers – so watch this space.

I hope you’ve enjoyed reading this blog post, have learnt something new and/ or can relate to our journey.

Either way I’d love to hear from you.