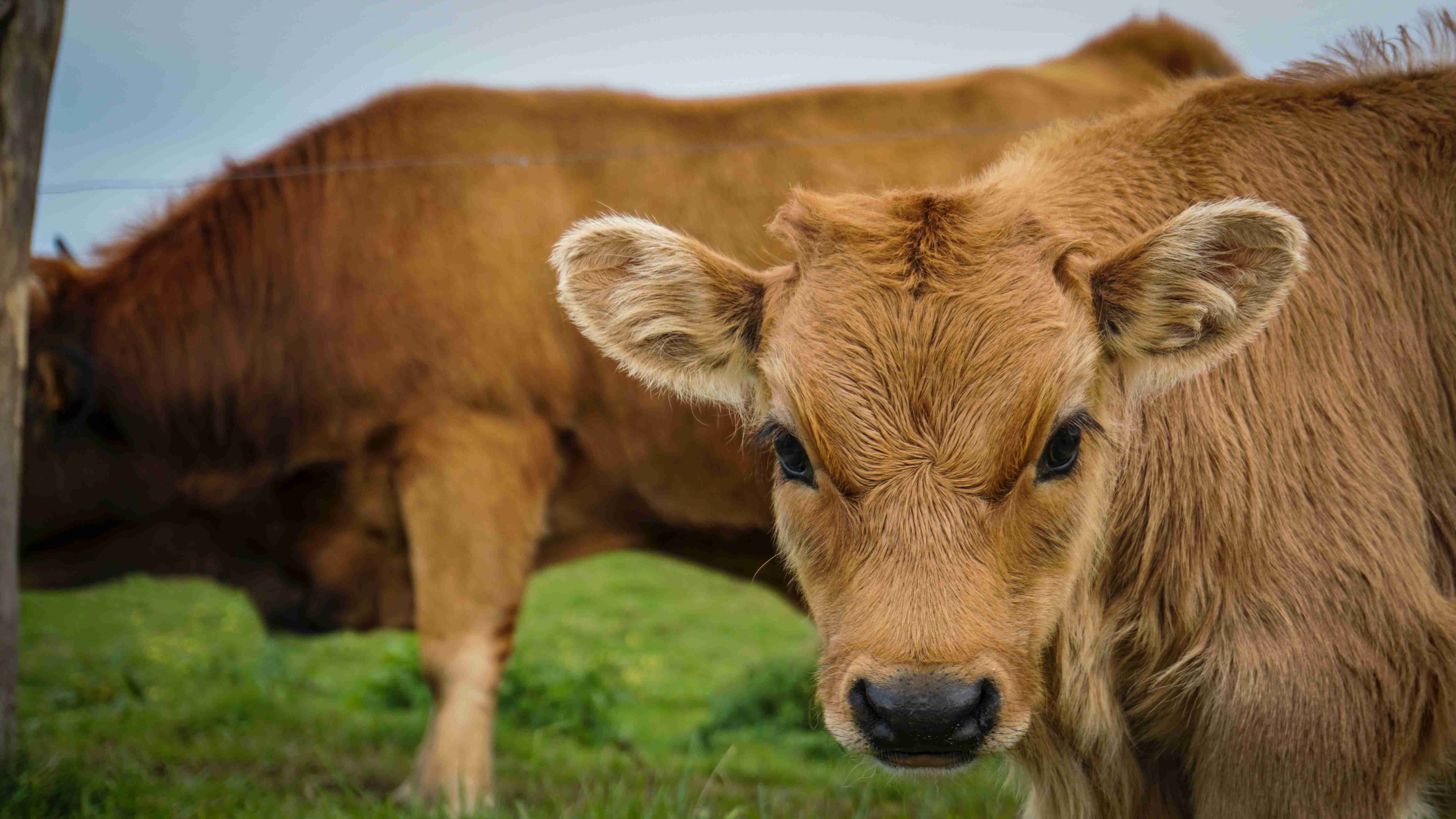 Over the last couple of weeks I’ve regularly been getting up with the sun to check on our cows and heifers who are out in the Kale field. I’m checking to see that they’re generally alright, are all present and correct – but more importantly to check if they are in labour, or ‘calving’.

It’s one of the few jobs I feel fairly confident in doing, but without much experience in this field. Yet, although I can tell when something is ‘framing up’, or actually in labour, I’m still not good at predicting timings.

I usually take a few pictures (of the cows back end) to show Ed when I get back to the house in case I’ve missed a warning sign. If someone ever looked at my camera roll they may think I have a problem!

So what are the tell-tale signs that I’m looking for? And how will you know if the cow is close to, or already calving?: 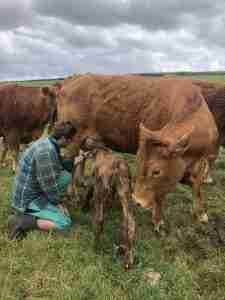 One of the first signs that a cow is approaching labour is the onset of milk. Ed and Margaret talk about the udders being ‘gelded up’ which I assume is a commonly used term? But I interpret it to mean that the udders start to swell with milk, drop down and the teats become less floppy. This starts to happen quite a while before calving but as the time approaches they grow/fill/swell more quickly. Just to confuse matters it is also referred to as ‘springing.’

This may be present all the way through pregnancy, but there’s usually more of it on the run-up to the main event.

This is the posterior end of the pelvic bones, which are seen as two raised areas either side of the tail head. One of the dead giveaways to imminent calving is these pins dropping as the ligaments around the pelvis relax, ready for action. This is quite a difficult one to spot I think, unless you’re regularly looking at cattle, but if you are it is quite obvious when it happens. You can also feel it.

Not quite as subtle a clue to calving is the ‘pinking’ of the cows vulva because it’s a very external sign that it’s getting close. I never thought I would spend my Sunday mornings examining cows’ rear ends! But the vulva goes more pink in colour – I assume with more blood heading there – enlarges and becomes more relaxed and loose.

Is the cow acting differently? Have they taken themselves away from the main group? Whilst there’s no one-size-fits-all approach to this, looking out for subtle signs may indicate the early stages of labour. Some cows lie down then stand-up, then lie down then stand-up, some may pour the ground, some may go off their food. I guess it’s a general observation of unrest.

Size of the cow

Not long before calving the calf turns in the uterus ready to be pushed through the birthing canal so the cow will look narrower. If your cattle are anything like ours towards the end of their pregnancy they look massive and really wide, but just before they start labour they will appear narrower.

This will often be lifted and/or more swishy!

You may see coming out of the cow, or around the general area she has been, evidence of the water bag which signals that the calf is in position to start moving through the birth canal. At this stage a calf should hit the deck within around two hours – so the main event  then begins!

Once kick-off starts, heavy laboured breathing and contractions which you can see from looking at the cows abdomen, are obvious signs of labour. I think technically at this point the cow is in stage two of the process.

You should then start to see the calf’s feet coming out – it’s important for us to check if the calf is presented properly at this stage and isn’t coming backwards. So, the experts Ed or Margaret come in to examine things and if all is well they leave the cow to it, keeping her under close observation. Most times the cow can then deliver her calf naturally.

I won’t go into the ins and outs of the actual calving process,  as the list is endless and I’m not sure I’m experienced enough in that area yet.But we’ve currently got three cows out in the field under close observation – so I’ll let you know how it goes!