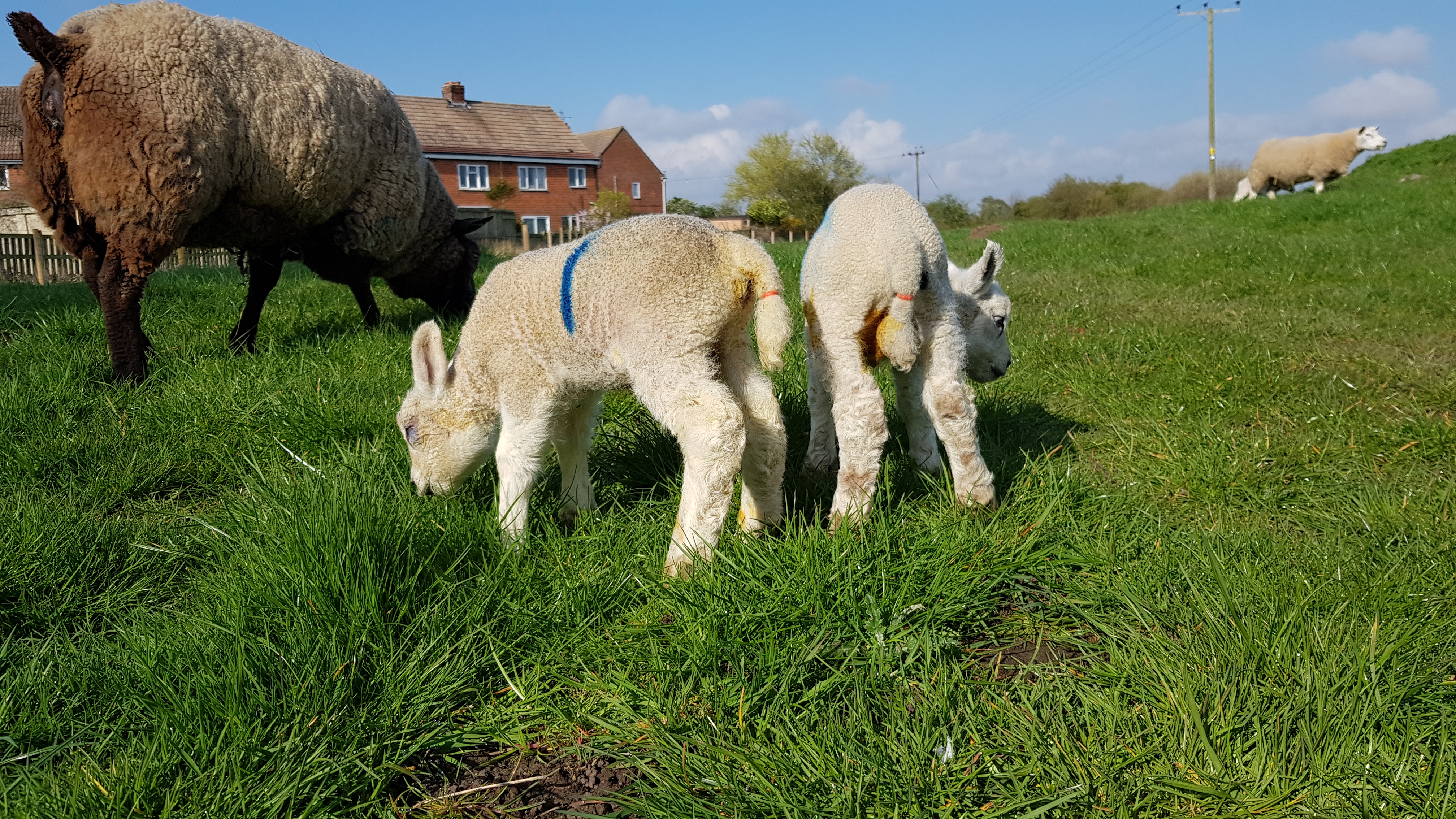 “Aye lad, what with my arthritic knee and the hole in my wellies its going to have to be your day.”

Young Rob take a deep breath. “Any tips for me grandad?”

“Whatever you do lad, keep moving. If you lose momentum the buggers will have you.”

Grandad throws the pick-up into gear, and hurtles down the muddy track.

“Now remember – you need a good clean dismount, grab the bag, and over the gate as quick as you can. Anything less than perfection and the old lasses will have you. I remember young Jonny Gilbeck, good lad he was, got taken down badly on his first try. He’s a plumber now.”

Young Rob taks yet another deep breath and hangs on to the door handle of the careering pick-up.

The pick up slides to a halt by the field gate and the world goes into slow motion. Young Rob executes a near perfect dismount and has the bag of meal in his hands almost instantly. In the field, the ewes’ heads look up from the paltry grass offering on a cold January day.

Their eyes fix on the small figure sprinting to the gate. And the race is on. Young Rob clears the gate in style and slips and slides towards the feed troughs. The 103 ewes engage 4-foot-drive and start to make a variety of rates of progress towards the troughs.

The answer is somewhere between the 2nd and 3rd trough.

“Away with you lad…faster…faster,” yells Grandad whilst trying not to smile too much.

Young Rob is now at peak velocity for a lad with 25kg of meal on his shoulder running in wellies over ground conditions best describes as ‘soft to swampy’.

The ewes are now stretched out into a ribbon of speed…young and fit leading the way, old three-legged Doris at the back making a game attempt to keep-up.

Now the difficult bit. Pour corn from the bag off the shoulder…or the difficult dismount on the run, to cradle the bag in his arms for a more consistent distribution of meal…

Grandad watches with pride as young Rob performs a stylish bag swap on the move and hits the first trough with confidence. And then the melee…

The front runners are always the wilder ones and pose no real threat to young Rob. The dangers lie in the second cohorts – fast enough to get their quickly, smart enough to know how to get the most meal, and big enough to be a rugby front line.

But young Rob pulls off a smart sidestep and he’s through the second cohort. His Grandad’s face is one of pride. Keeping his momentum, with legs sliding in all directions, he hits trough three to be confronted by the main group.

Years of experience face young Rob now. These girls have tripped-up folk of greater experience than young Rob, and now he has a second problem – breathing down the backs of his wellies are the greediest of the second cohort who have turned to follow him down the troughs. One wrong move now and young Robs a gonner.

“Keep going young ‘un,” comes the call from the gate. “Don’t let the buggers trip you.”

Young Rob’s fast feet keep him upright as he ducks and weaves past the experienced old girls, with a particularly fine knee nudge to push one belligerent lass out the way.

Grandad watches with pride, noticing the beautifully consistent meal application, and then his eyes see the last hurdle: Will the young lad spot it?

Young Rob has seen the finish now – one trough to go and he’s actually accelerating away from his pursuers when he hits Old Doris, who in her defence, never saw him coming on her blindside.

Young Rob now performs the most stylish head over heels flip…and lands face-down in the clarts (mud). The final bits of meal scatter round him as do a large posse of hungry mule ewes. Like Bambi on ice, he tries to rise…before disappearing under a mountain of ewes..

Showing a fair turn of pace, Grandad arrives to haul young Rob out of the ruck. Covered in mud, the young lad turns to him and asks; “Did I do ok Grandad?”

“Well lad, you did well enough…and that auld lass has tripped me a time or two. As long as you aren’t suddenly leaning to become a plumber, you’ll do ok…..”