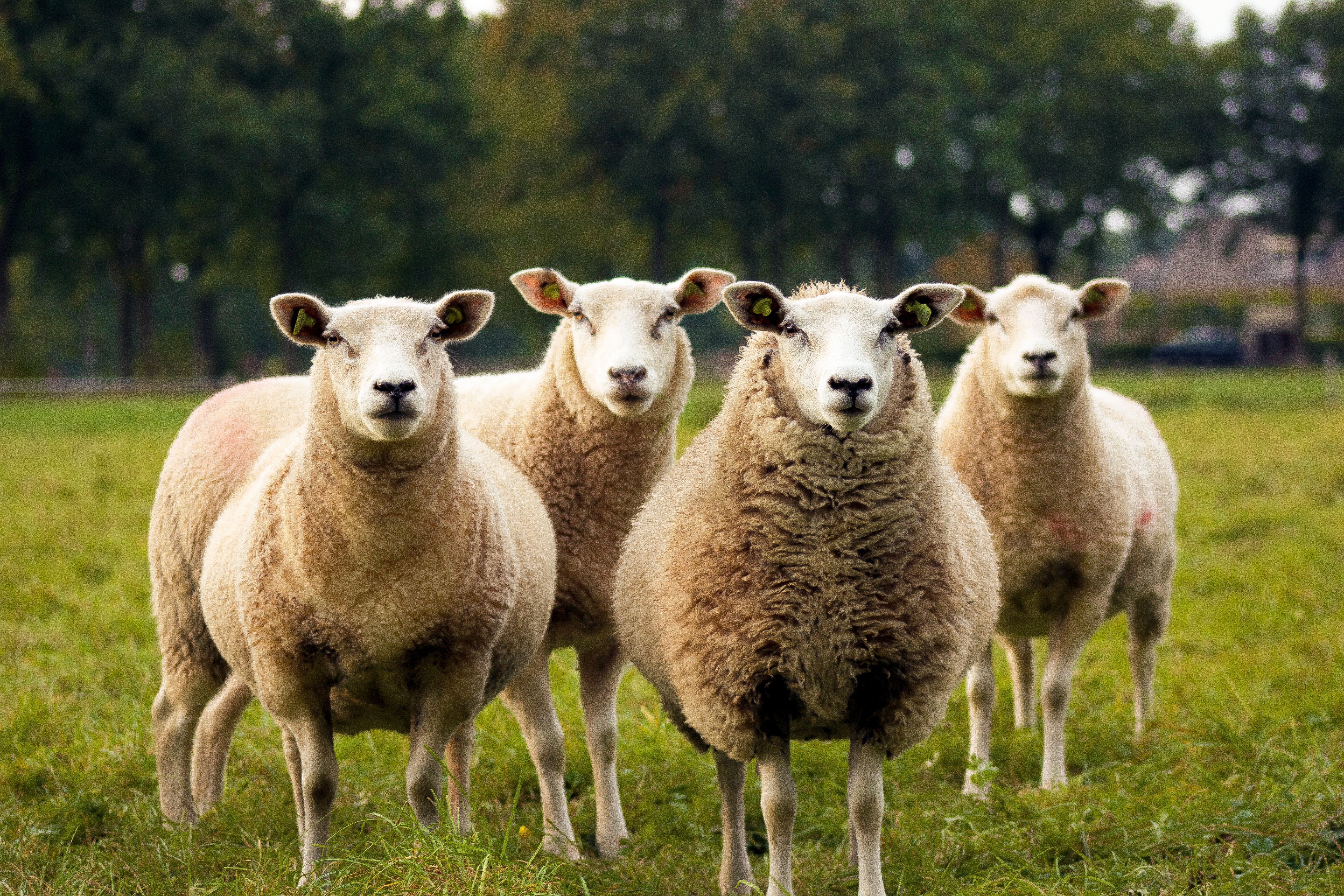 Lambing time is a serious business; the harvest time of the shepherd’s calendar. It’s a time of hard work, tiredness, and some degree of wry humor. To those of you reading this who aren’t conversant with lambing sheep, the humor may appear a little dark.

In reality it’s a coping mechanism: Nobody keeps sheep for long who doesn’t love (and I use ‘love’ in a loose none-physical way) keeping them. With the best will in the world, we can’t keep them all alive, and if you were to let every disaster get to you then you’d never be able to function.

The next few lines are my less than serious look at lambing time, based around our experiences. I’m sure many of you have your own versions of some of this, and to those who don’t, I hope you enjoy it.

The whole lambing time hinges on this highly skilled operative. Midwife, surgeon, logistics manager, catering organiser, and general dogsbody are to name but a few of their roles.

From these job titles you are probably picturing a high-powered executive style individual, a sharp-cut Italian suit and the calm demeanour of a general, moving pieces around the chess board that is the lambing shed. If this individual exists I’ve never met them!

Mostly they are slightly dazed individuals, who started lambing time with a grand plan but by day 12 are being swept along on the tide of events.

In the perfect world, weather and sheep will all have played a blinder. Or as dad calls it, “the lambing of ’88” – that once in a lifetime golden event where every sheep was turned away with a pair of lambs and some reared triplets.

In reality, lambing ebbs and flows in terms of who’s winning….sheep or shepherd…with ‘crisis manager’ becoming another official title. But as my Dad always maintains “whilst there’s allus a moment when the sheep are winning, as long as you get your nose back ahead once a day you’ll win through in the end”.

With regards to the dress sense of the debonair shepherd, well, its more akin to ‘refugee’ than ‘executive’, and is based around choice of waterproof leggings and a waistcoat with enough pockets to serve as a walking pharmacy.

There are some wonderful lambing sheds across the country: Wide span buildings with central feed passages and concrete floors. And then there’s the rest of us with a collection of buildings of the Heinz 57 variety.

Every nook and cranny has a role, even if it’s only to wedge a couple of bales in for a quick snooze at 3 in the morning. Absolutely nowhere is sacrosanct at lambing time, be it the box in front of the stove, the disused dog run, an old chicken coop, or the portable overflow pen formerly known as the livestock trailer.

Everyone sets off with a plan, and if you’re lucky enough to have those wonderful lambing sheds there will no doubt be row-upon-row of homogeneous pens made from almost pristine hurdles.

Lesser mortals will rely on the ‘to lamb’ pen shrinking and freeing up space for more pens and pre-turnout ‘mixer’ pens. Their hurdle collection will range from a few pristine hurdles picked up from the merchants (kept for special occasions), to wooden homemade contraptions made from a packing crate from a delivery in 1973. In some cases I’ve been led to believe people even use pallets.

We credit ourselves with two distinct inventions: The ‘virtual pen’ and ‘operation stack’. The virtual pen was a term coined this year when my brother arrived to help feed one morning, to find a ewe and a pair of lambs sat quietly in one of the alley ways. Feeding was carried out around the old lass, with a tub of corn and a water tub popped down for her, with a minimum of fuss, and the virtual pen concept was born.

‘Operation stack’ was inspired by the stacking of lorries on the motorway when the ferry or Eurotunnel crossings between the UK and France are closed. Principally used in 2012 during the bad weather, it simply means whoever’s lambing overnight starts filling the alleyways with pens of sheep when all normal pens are full.

This is a good use of space, but a terrible challenge to the morning feed team, who arrive to find a solid block of sheep and lambs with challenging access. ‘Every sheep gets fed’ is the motto, and the chain of feed tubs been lobbed from person to person was a memorable and amusing sight.

No lambing time is complete without them. A team of vibrant participants seeking to make the shepherds life as easy as possible…oh dear… well maybe not.

A tweet by John Kelly got me to thinking about the role sheep play in the lambing process. And in a moment of flippant musings I imagined the sheep in their pre lambing team talk…

“Right girls, we need to get this sorted…we’ve got the prolapse team ready (the suicide bombers of lambing time), a couple of last years trainees the shepherd missed, and some new enthusiastic volunteers. Mavis will be running a workshop on mis-mothering for the first time lambers – we feel it’s important these skills are passed on through the generations. Five-time lamber Mavis, prides herself on never raising all her own lambs.

“Dolly has a crack team of ‘head no legs’ and ‘tail no legs’ already lined up, but we have a few place on the lambing-into-a-water-tank team. Our biggest surprise this year is the new stealth, lamb technology we have available. Barbara and her team have spent a lot of time using a combination of chubbiness, full bellies and dancing in the scan-crate, and we anticipate we can slip at least three triplets that are quads and three pairs who will have triplets past the scan man.

“A quick round of applause for Sally who hopes to produce six lambs the size of gerbils again this year… and we’re hoping she’ll lead the day with the 9-13 lamb avalanche we’re planning. Remember girls – lambing time’s not lambing if we don’t try and break the shepherd.”

I’ve always joked about the existence of a lambing god, and how I sacrifice my lambing waistcoat to them on a fiery pyre to honour their existence.

If they do exist they’re a fickle bunch…

*Pete is a beef, sheep and arable farmer in East Yorkshire, England.

*Photo by Judith Prins on Unsplash